Posted at 10:35h in News by gina warren
Share

Marshall county native John Moses was re-elected to a three-year term on the DREMC Board of Directors for Zone 5 (Marshall and Giles counties). Moses defeated challenger R.L. Williams by a margin of 128-49 in the election held August 12-16 at the co-op’s Lewisburg and Chapel Hill offices.

Announcement of the election results was made at the annual membership meeting held on Saturday, August 17 before approximately 200 DREMC members, employees and guests at Franklin County High School in Winchester.

Four unopposed directors were re-elected to new terms, and board officers were named in the reorganizational session following the meeting. Baxter White, Zone 1 (Coffee and Warren counties); Laura Willis, Zone 2 (Franklin, Grundy & Marion counties, University of the South); Buford Jennings, Zone 3 (Moore and Lincoln counties); and Dana Salters, Zone 6 (Maury, Hickman, Lawrence, Lewis and Williamson counties) returned to the board of directors by acclamation vote. Barry Cooper was re-elected chairman of the DREMC board, and other officers include Buford Jennings, vice chairman; John Moses, treasurer; and Laura Willis, secretary.

Attendees heard business reports and recaps about co-op programs and projects and were introduced to Washington Youth Tour winners. Door prizes were awarded at the conclusion of the meeting. 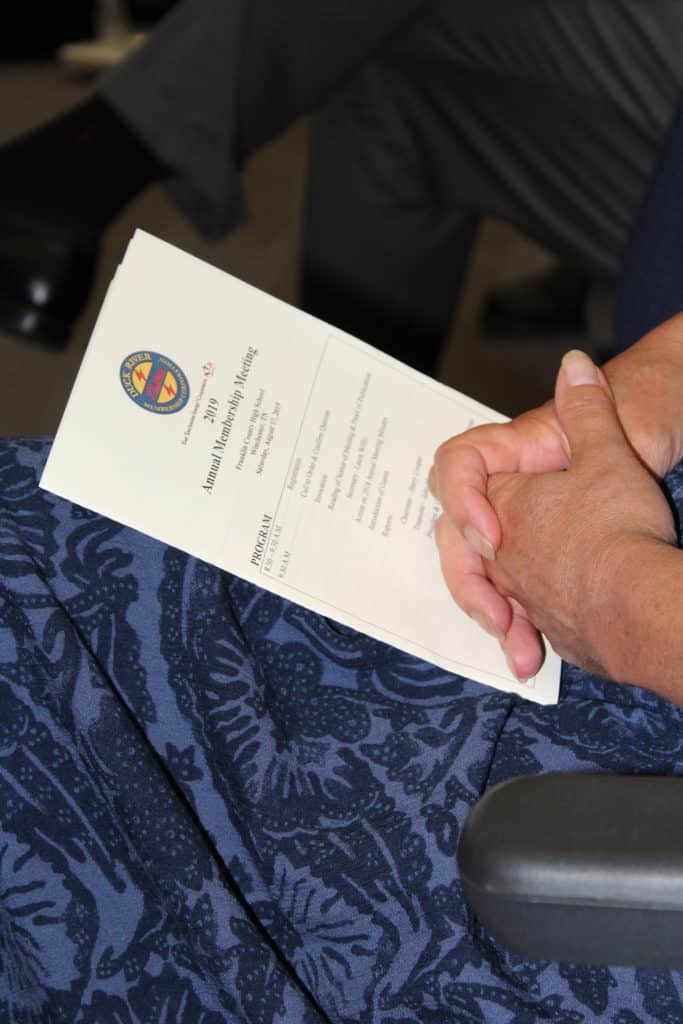 Chairman Cooper addressed the attendees assuring that the financial condition of the cooperative is sound and continues to invest in the network of substations, circuits and lines that maintain the reliability of electric service in DREMC’s 16-county footprint.

In his report Cooper recognized several area businesses and manufacturers for job creation and significant investment in rural Tennessee.

“Opportunities are all around us,” said Cooper. “It’s not just the big cities in our state that benefit. Almost half the job commitments in 2017 to the state’s economic development department were in rural counties – 9,700 new jobs. And this number was up by over 30% from five years prior. Electric cooperatives, with their commitment to economic development, help make this happen.”

Cooper shared another example of DREMC’s commitment to job growth.

“A DREMC zero-interest loan fund, created from a partnership with the Rural Utilities Service, helped the Coffee County Industrial Board finance their latest industrial park spec building currently being marketed to industries looking to locate in our area.”

The chairman further explained DREMC’s community commitment by sending students to Washington D.C. each summer and to Nashville for a leadership summit. He also stated that DREMC is involved with STEM (Science, Technology, Engineering and Math) curriculum to our youngest citizens.

“Our employees visited with over 8,400 students and teachers last school year,” remarked Cooper.

Cooper shared the benefits of the co-op connections card, reporting specific examples of how cooperative members are saving on prescriptions, hotel stays, restaurants and more.

Chairman Cooper closed his remarks by thanking the DREMC employees for their work in keeping the lights on and recognized those that retired this past year with combined experience of 125 years.

Interim President and CEO Charles McDonald updated attendees on a variety of cooperative activities including progress on broadband and fiber deployment, advanced meter installation completion, a new system operations center in Shelbyville, and expected growth in the coming years.

“It is projected the cooperative will grow to more than 80,000 members within a four-year period, up from approximately 76,000 today, with the estimated capital cost to maintain reliability and meet anticipated growth equaling $72 million,” stated McDonald. “Maintaining reliability and supporting our communities is our priority.”

Plans for DREMC’s expected growth include two new substations, a private 35-megawatt solar farm within our service area and the introduction of new state of the art light emitting diode (LED) security lighting program, which will take effect in October of this year.

“My interest in this cooperative goes back some 45 years,” said McDonald. “I’ve been back on two different occasions after retirement to assist DREMC. I appreciate the board’s confidence in me as they conducted a nationwide search for a new CEO, and I thank the employees for making me feel as if I never left.”

McDonald received a standing ovation by those in attendance.

Board Treasurer John Moses reported that DREMC is financially strong, with assets of just over $254 million and system equity under $115 million which represents approximately 45% of total assets. Operating revenues and other income are just over $204 million. Moses also reported the cooperative realized over $300,000 in savings on last year’s wholesale power bill to TVA due to the Beat the Peak program.

“Approximately 75% of our total expenses for 2019 went to pay TVA for power with the remaining margin used for capital improvements, taxes, loan repayments and operating expenses,” said Moses.

Before concluding, Cooper introduced the new President & CEO Scott Spence. Spence was one of 74 applicants for the position and comes to DREMC most recently from Arab Electric where he served as CEO.

Newly named CEO Spence greeted the crowd saying, “I am excited to begin my time with DREMC and look forward to working with the employees and members in moving DREMC forward.”

For a more detailed report of the cooperative’s annual meeting, click here. 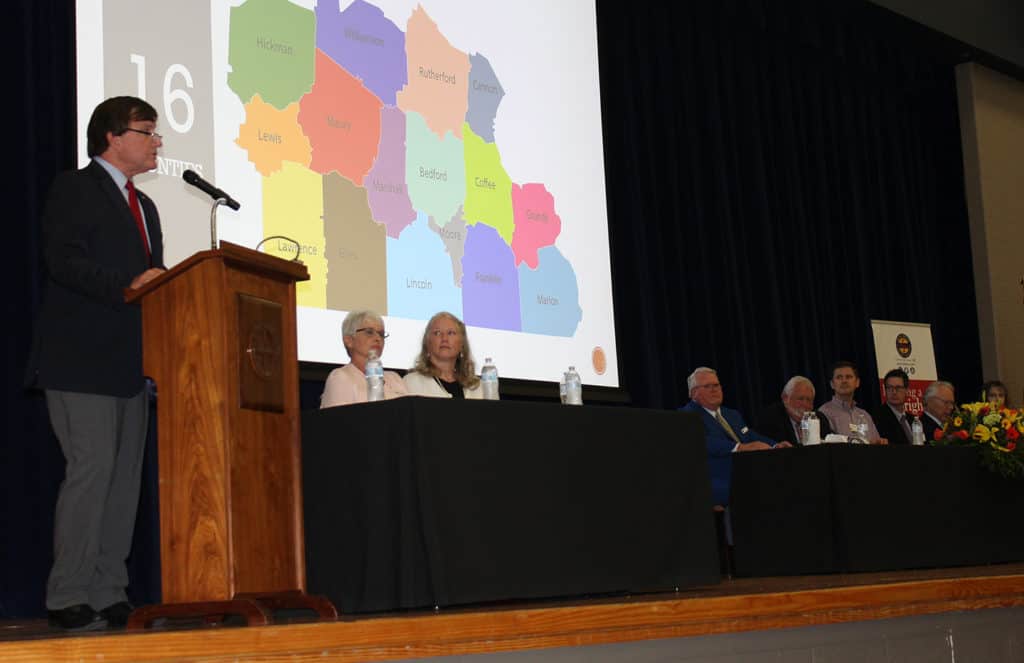 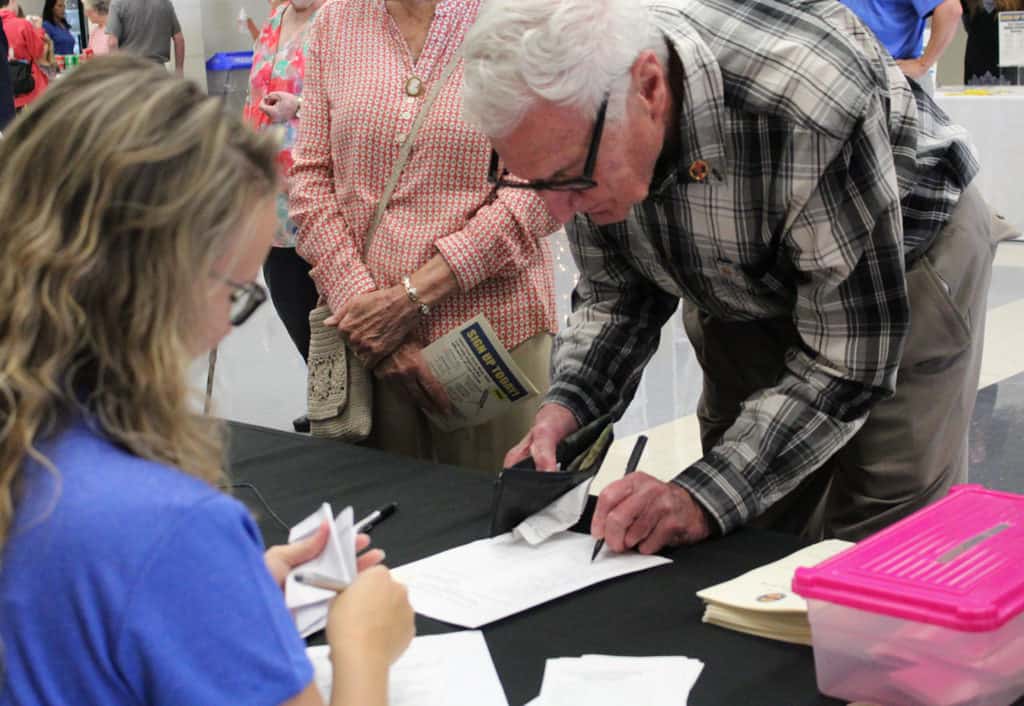 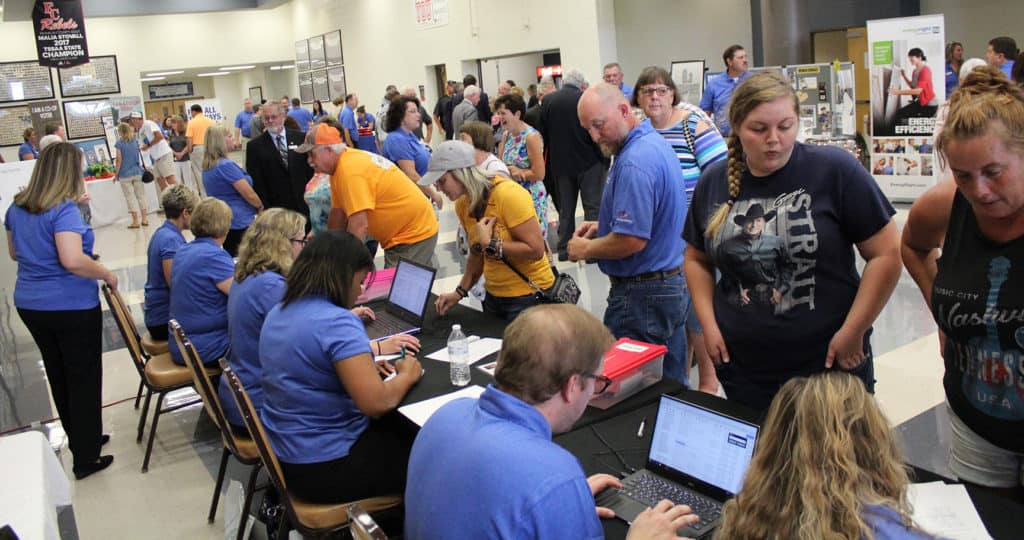