Meet Duck River Electric’s Manchester team that serves both the city of Manchester and Coffee County. Located between the large cities of Chattanooga and Nashville and accessible along Interstate 24, the area supports a large electric load for businesses and industries as compared to other communities served by DREMC.

Manchester’s revitalized town square, Old Stone Fort State Park, and Rutledge Falls draw sightseers and tourists about as often as the community’s local restaurant faves and the Bonnaroo event in June. Aside from the city scene are the rural county areas with interesting names such as Hoodoo, Noah, Pocahontas, and Possum Paw.

Leading the team is Ben McTier, senior director of Manchester operations. McTier is a Georgia native who moved to middle Tennessee in 2019, and in 2020, he brought his previous experience in tree trimming and right-of-way maintenance to the DREMC right-of-way program. For more than a year, McTier has worked with the Manchester team.

“Manchester and Coffee County offer a dynamic environment that includes small ‘mom and pop’ stores and restaurants plus three industrial parks where manufacturing operations create anything from automotive parts to special blend coffee,” said McTier. “I couldn’t ask for a better team than the Manchester office to work with. Their leadership is incredible to see in action.”

Office Manager Gaby West has been at DREMC since 2011. “Because we serve the city and county, we see a steady flow of members, which allows us the opportunity to deliver a more personalized DREMC experience,” she shares.

“The engineering process has changed so much over the years,” Edde said. “Everything is now digitized. What we once drew on paper maps is now accessible using desktops, laptops and iPads. Digital technology has greatly improved our work and allows us better track residential and commercial growth in our community, especially when subdivision developers, for example, are building 80 to 200 new homes in our area.”

Operations Supervisor Patrick Hunt helps plan and schedule new construction and system maintenance for the Manchester line crews while coordinating the efforts with builders and electricians. Hunt began his career at DREMC as an apprentice lineman in 2008. In 2021, he filled his current role following the death of his friend and fellow employee, Tim Lusk, who previously held the same position.

“I was in the line crew that Tim supervised for several years,” said Hunt. “I learned a lot from him over the years, but I’m still learning all that goes along with the operations supervisor role. I am honored to help continue Tim’s legacy and work ethic at Duck River.”

“We’re like one big, ole’ family,” said Josh Sullivan, a senior lineman who has been at DREMC since 2004. “When you like the guys you work with, it makes the day go faster.”

Working Foreman Cody Pittman has been at DREMC for 22 years and shares that the overall system improvements and reliability make a difference in their daily tasks. “The technology we use today in the trucks and at the job sites makes our work safer and more efficient,” he said. “During outages, we use  the outage information available on an iPad to help us quickly pinpoint the areas affected and see how the lines run, which is important when working to restore power.”

Wesley Thomas, apprentice lineman at DREMC since 2019, chose his career because he enjoys working outdoors. He smiled and added, “It’s much better than being behind a desk.”

“I like the fact that being a lineman is a trade that you can take anywhere in the country, and the work is basically the same,” shares Eric Burton, a lineman with 24 total years of experience in the trade. “The electric industry creates and delivers a product that is always needed. That’s one of the rewarding parts of this job.”

Adding to Burton’s thoughts is Mitchell Gore who has been a lineman with DREMC since 2016. A Coffee County native, Gore says that he appreciates that the lineman career provides for his family and offers security.

The Manchester linemen agree that no two days are the same, because they work in different locations daily. Robert Smartt has been a lineman since 2013 and tells that the crew members often don’t label locations by exact street address but rather by giving each other details like, “Remember that pole we changed in April near Mr. Smith’s barn?” or, “It’s the same section of line that broke when the huge oak tree fell last week.” Smartt jokingly says that somehow they just understand those types of directions.

Danny Farrar and Wes Durm are DREMC’s servicemen who take care of collections, setting meters, and assisting members with questions about their electric use. “I guess I’ve seen just about every spot there is in Coffee County,” says Farrar, a Coffee County native with 36 years of service to DREMC members.

Farrar and Durm visit members’ homes to investigate possible causes of higher-than-expected electric bills. “Once we found that an animal had damaged the heating system ducts, causing much of the heat to escape under the home,” said Durm. “The member was unaware until we did an inspection.”

“Members appreciate this type of service from DREMC,” said Melissa Martin, a member service representative (MSR) at the Manchester office. “Helping members better understand how they use energy and what they can do to become more energy-efficient can lead to a lower monthly bill.”

“During the winter months, a member, who is a veteran, came to us with a high bill due to problems with his heating system,” shared Rosie Garcia, an MSR. “We gave him information for several local resource agencies that might be able to help pay the bill.”

After realizing the member’s financial situation extended beyond his inability to pay the electric bill, the Manchester team also connected the member with the local Good Samaritan Association to receive grocery assistance and with a veteran’s organization that could help meet his other financial needs. “The member was so thankful for our being able to help him,” Garcia adds and confesses that they were all in tears that day.

“It is not uncommon to witness someone making a payment on another member’s account after learning of the financial struggles they face,” adds Paula Brandon, an MSR.

“Our office stays busy, but we always take time to help the members,” said Brandi O’Kelley, and MSR. “Being able to help DREMC members understand how things like the weather, problems with a heating system or a pressure release valve on a water heater can affect their bills can be impactful.”

Emily Posey, an MSR, often encourages members to opt-in to receive DREMC’s daily energy use alerts, which can be helpful in managing the amount of energy they use – especially those who have fixed or limited incomes. “Advanced meters record daily electric use, and members can see each day how much electricity they have used and the approximate cost,” she said. “This ability helps members track changes in their daily energy use and can be a way of alerting members to possible problems with large appliances when the daily energy use is more than expected.”

“We work together to make sure that all members are treated equally and with respect so they receive the best service we can provide,” adds West.

“The Manchester team does what it takes to assist the members,” states McTier. “Our team goes out of their way to provide service to all who call this community their home. I said it earlier, and I’ll say it again. I couldn’t ask for a better team or community to work for and with.” 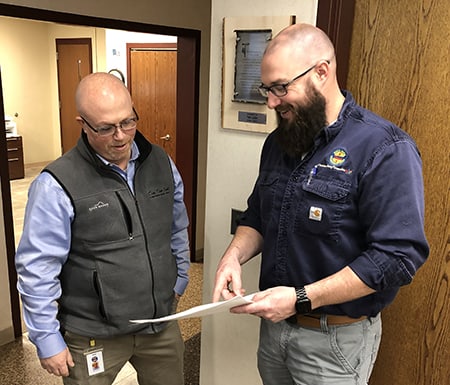 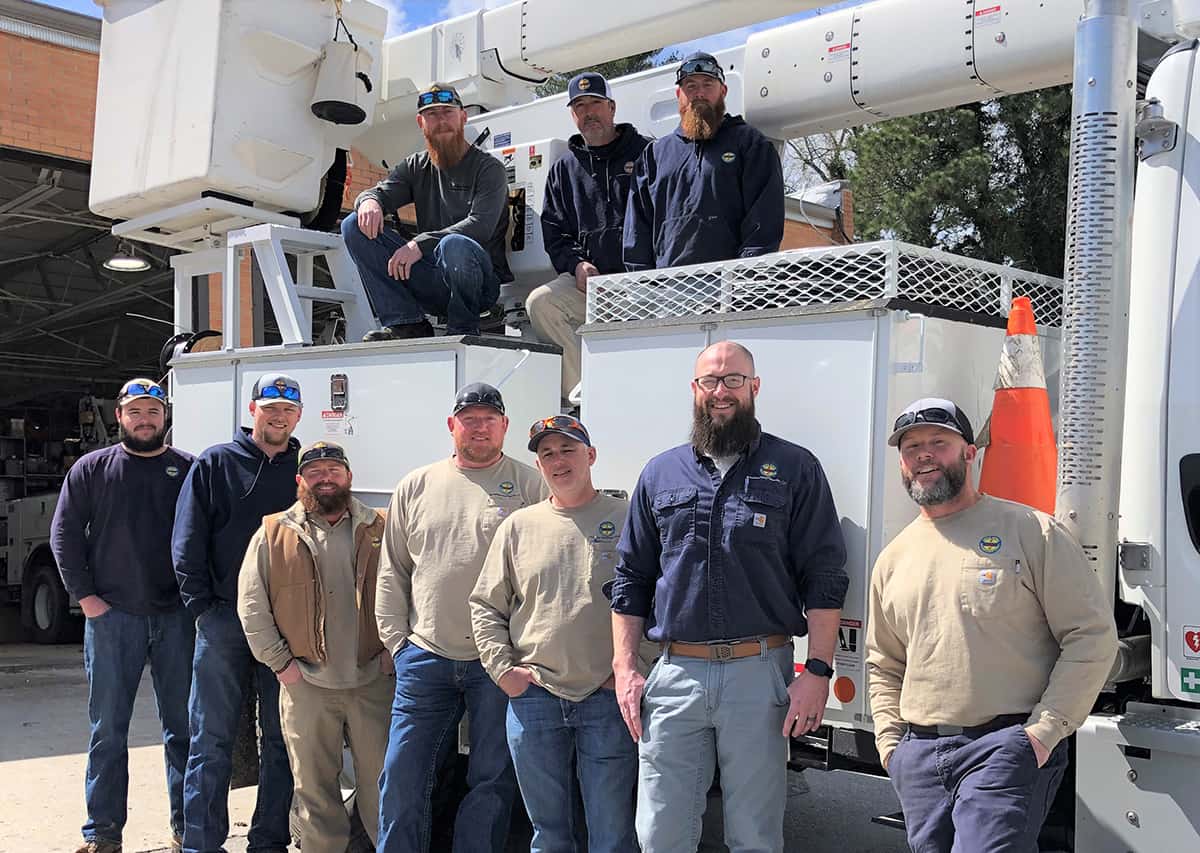 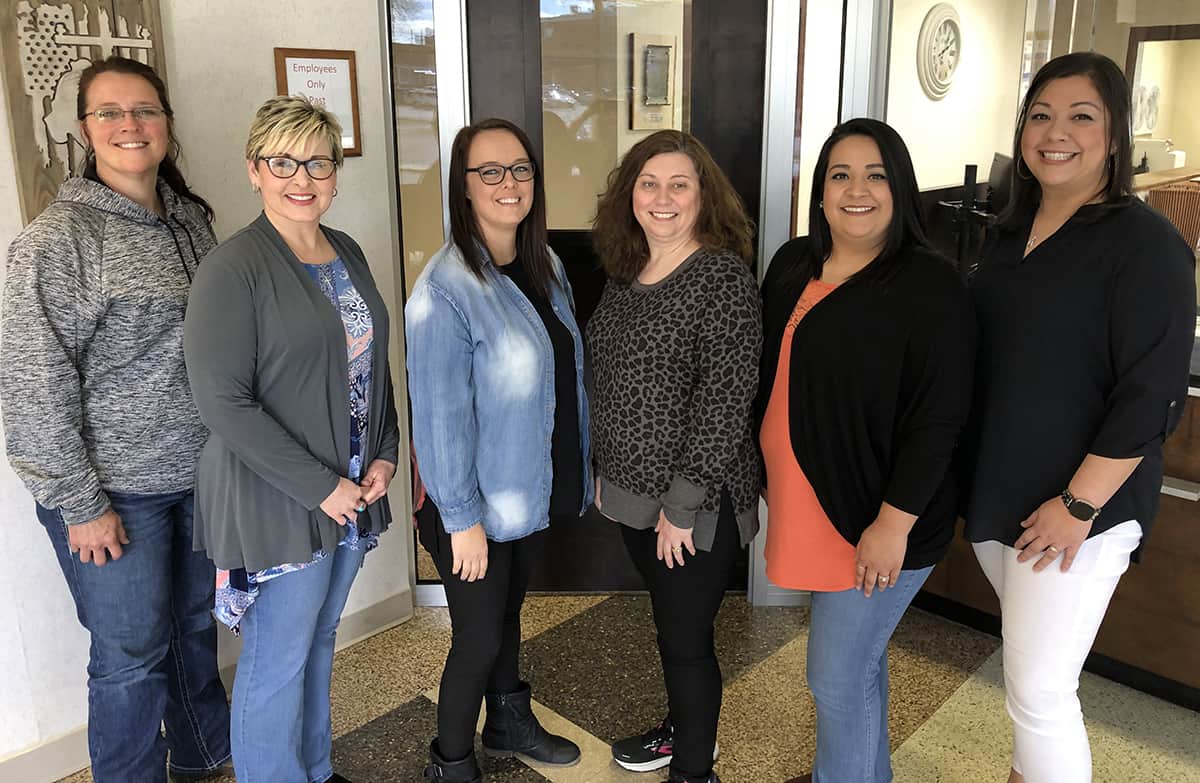 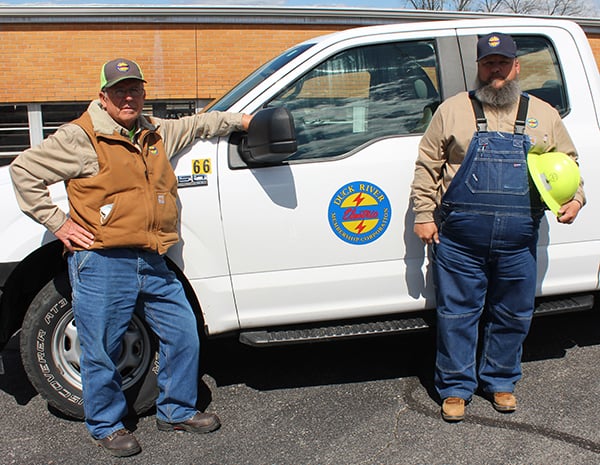 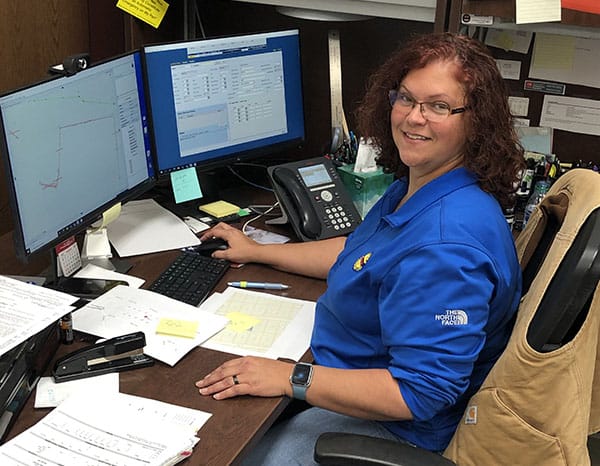 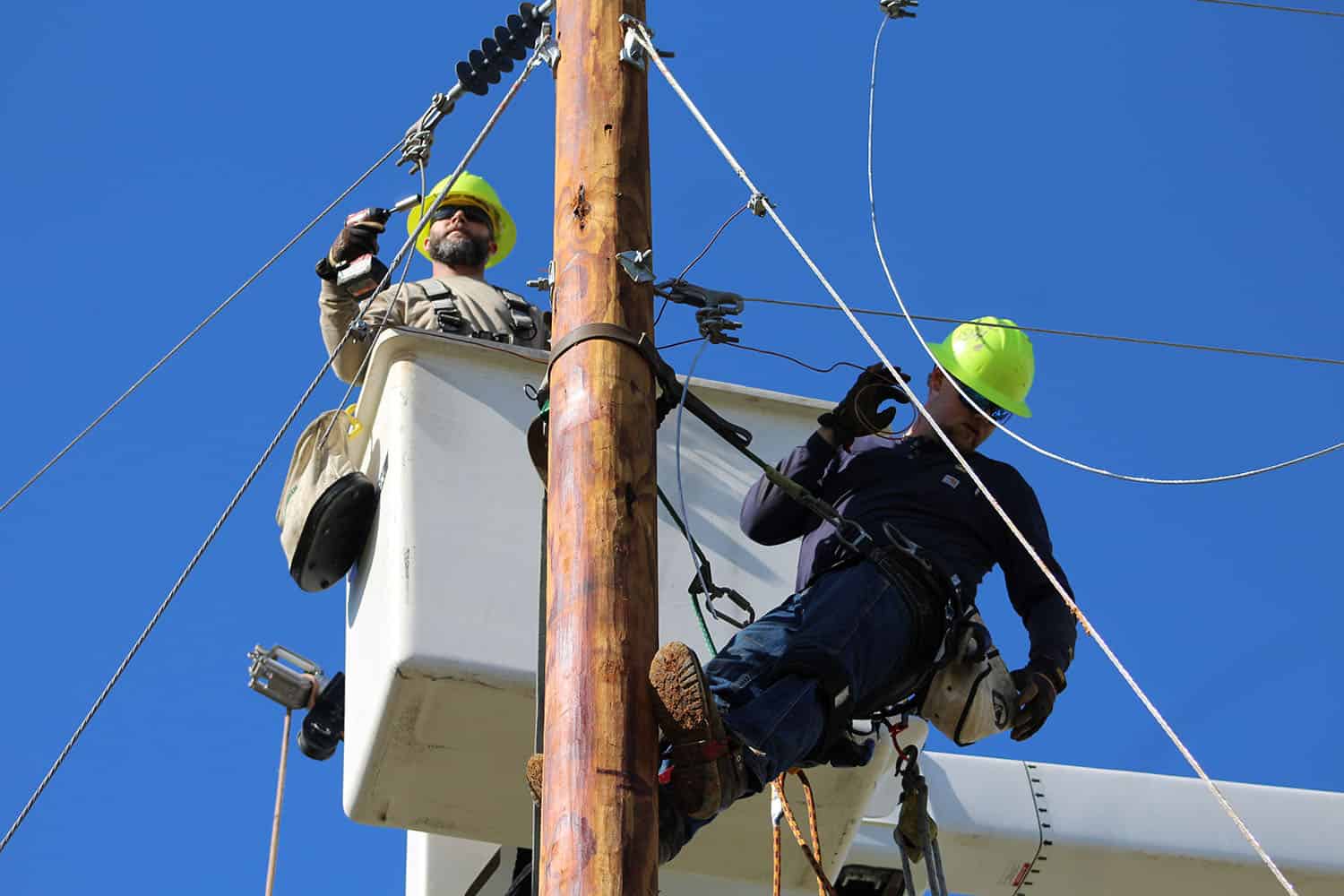 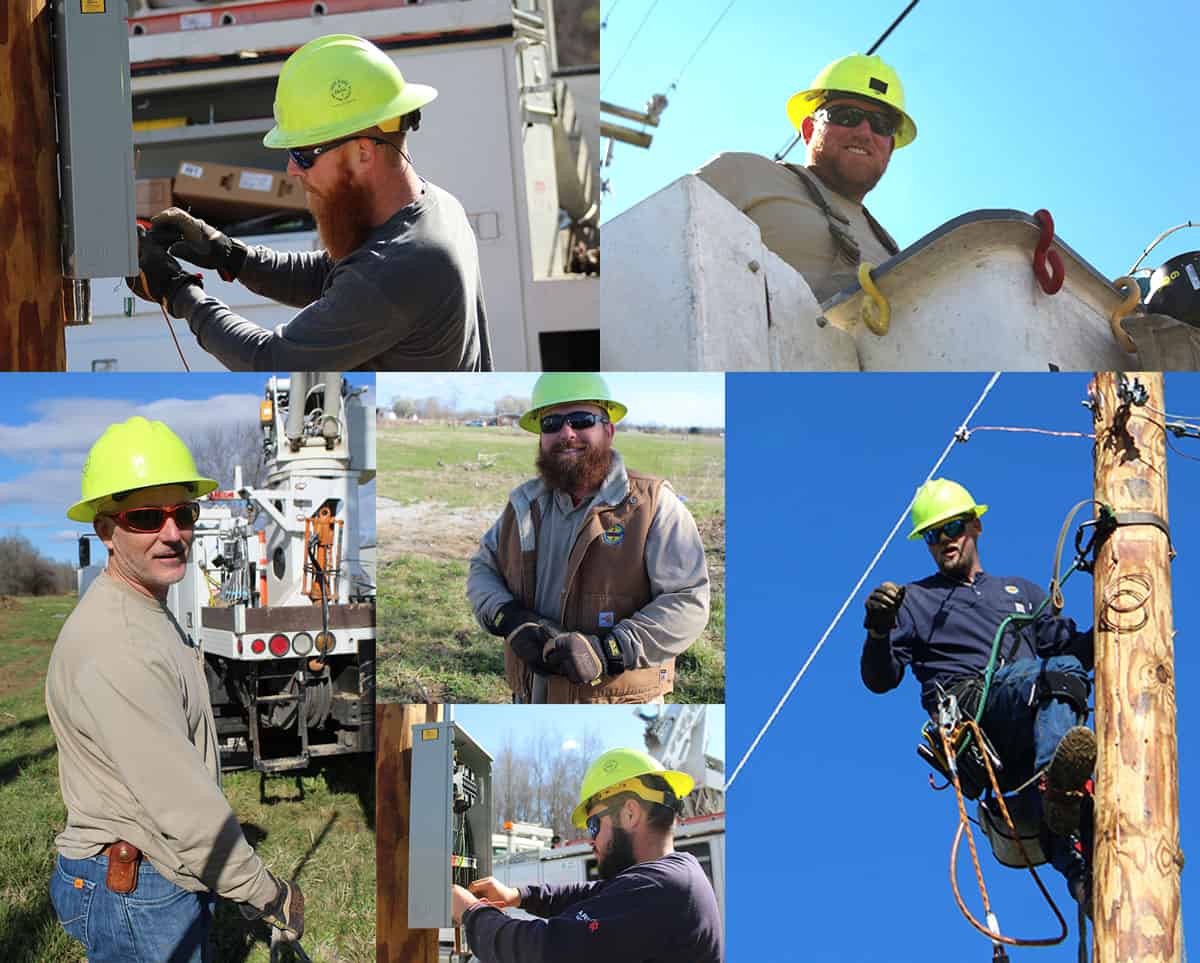