From picturesque farmland at the base of the Cumberland Plateau to Tims Ford Lake and Keith Springs Mountain, the landscape of Franklin County, TN, located in the southeastern part of Duck River Electric’s service area, boasts of outdoor living and recreation. Generations of farmers, lakefront homeowners and everyone in between call this area home, and the team at Decherd’s district office is proud to be a part of the community.

Each district office of DREMC performs similar business functions for the cooperative: electric engineering, construction, and maintenance along with member care and service. This story begins a series entitled “The People Who Power Duck River Electric” and will focus on what makes each district or department a bit unique as they support DREMC’s mission of providing safe and reliable electric service at the lowest possible cost.

“I grew up in Franklin County,” shares Charlie Jacks, DREMC lineman. “I know the people here, and now I work to make sure they have electric service. They depend on us – on me – and that’s why working at Duck River is important.”

The Franklin County service area encompasses five cities: Decherd, Estill Springs, Huntland, Cowan and the University of the South. The DREMC area office in Sewanee serves the latter two, which will be featured in a future edition. The Decherd district serves approximately 11,850 members in Decherd, Estill Springs and Huntland communities.

“I began working at Duck River Electric in 2002 in the engineering department, and I vividly remember my first day as the district manager in Decherd,” says Patrick Hannah, district manager. “It was February 28, 2011, and it was the day a tornado ripped through parts of Franklin County and the Decherd area, leaving many in the dark.” Hannah says the tornado event was his official ‘breaking in’ as a district manager.

On April 27, just over a month later, a catastrophic tornado struck the area leaving everyone without power because TVA transmission lines delivering power to DREMC were severely damaged.  “This was perhaps the most challenging day I’ve had since becoming the district manager here,” he recalls. “We worked countless hours and were aided with power restoration by electric crews from other DREMC offices plus electric contractors. I remember having the eeriest feeling driving down the street in complete darkness – no streetlights, no lights in homes or businesses – until the power was restored.”

“The dedication of our Decherd team was evident during those tornado events,” Hannah says. “It was obvious then that this team brought their ‘A Game’ when restoring power, and I continue to see that type of dedication every day as they care for the members. When I think our team here doesn’t have another gear to go, they find it and keep going.”

The Nissan Engine Plant in Decherd, Thompson Appalachian Hardwoods in Huntland, and the University of Tennessee Space Institute in Estill Springs are three of the largest commercial members in the Decherd district. Like with all members, having a dependable power supply is vital.

Economic and residential growth in the Franklin County area has been met by DREMC’s impactful addition of the Broadview Substation and its circuit tie lines, which connect the Decherd, Lynchburg and Salem substations to help secure reliability. These three substations are also connected to DREMC’s fiber ring, which enhances communications and operations for system maintenance and outage response. DREMC is planning future system improvements for the Decherd service area.

“As an engineer, we get to work with members, from start to finish, who are building a new home or structure,” says Christy Hobbs, district engineer. “Many times, we find it necessary to schedule electric construction around a farmer’s schedule of planting or harvesting crops. It’s a partnership with our farming community to help each other.”

“We not only have a role in building electric services, but we also build relationships with the contractors and electricians,” says Ethan Hannah, field engineer. “In working together, we can help make sure members get electricity in the safest, most correct way during the construction process.”

“There are many rewarding aspects of my job,” says Kerri Watters, member service representative. “I love that I work for a company that provides a service to the community I live and grew up in.”

Joan Day has worked at the Decherd office since 1999 and says the member service team works with members when there is a need. “We have a good relationship with local agencies that help members with paying their bills.” She says that thanks to the community’s support, these agencies have funds available when DREMC members need financial assistance with their bills.

The senior member of the Decherd line crew is Working Foreman Jeff Holt, better known as “Red” by his fellow crew members. Holt has been with DREMC for 18 years and has worked in the electric industry for 30. He’s seen many changes in how linemen perform their jobs and how new technologies have improved construction processes and enhanced the tools and equipment used to keep linemen safe.

“During the February ice and snowstorm members, whose power was out, showed their appreciation by using whatever equipment and supplies they had to fix our crew chili,” adds lineman Daniel Meyers. “They left food and a thank-you note inside one of our trucks. That kind of appreciation means a lot to us.”

Bryan Burton, a second-generation lineman and 15-year DREMC employee, says that working outages is rewarding. “It’s a good feeling when the power is restored,” he says and then adds, “and I don’t know who is happier – the members or the linemen.”

Office Manager Amy Holcomb says that their team strives to assist members no matter what the need. “Duck River is a good starting point when people move into the area,” she says. “People don’t always know every detail about the relocating process, so we go the extra mile to help them whether they ask about a service Duck River offers or if they need another utility or business. We’re always willing to help.” 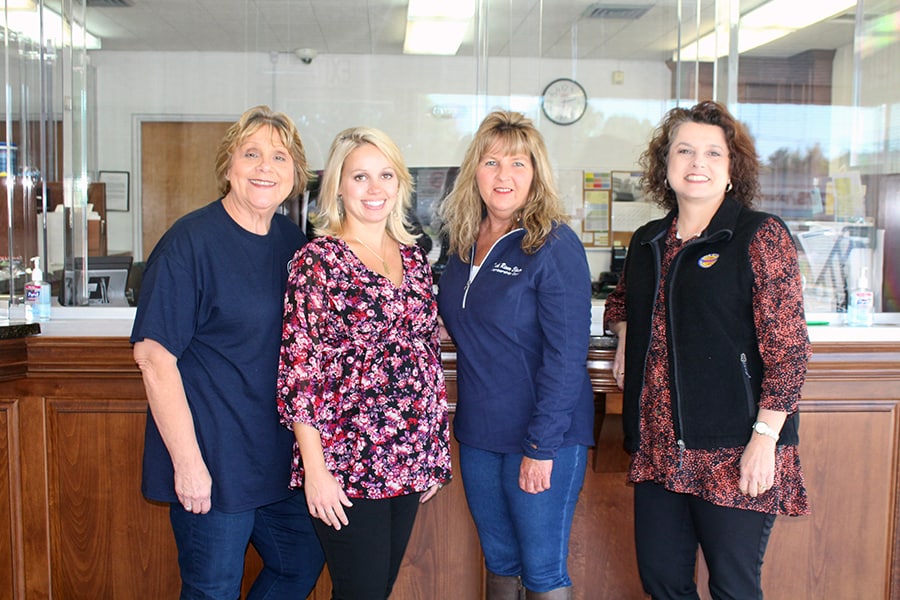 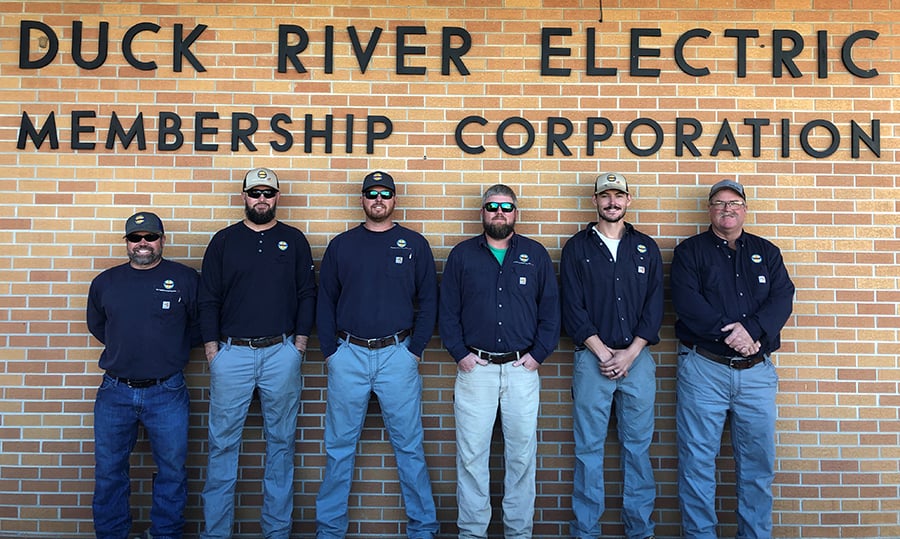 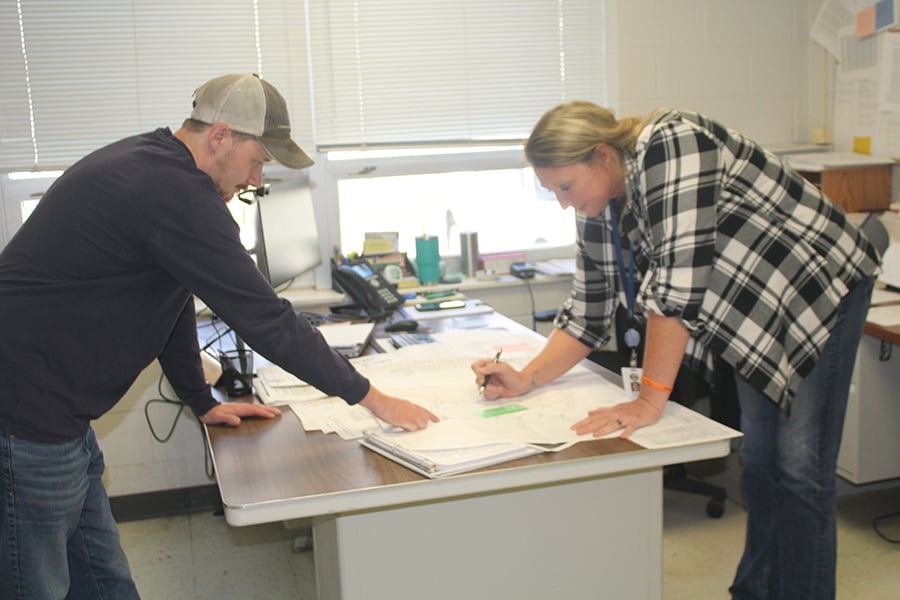 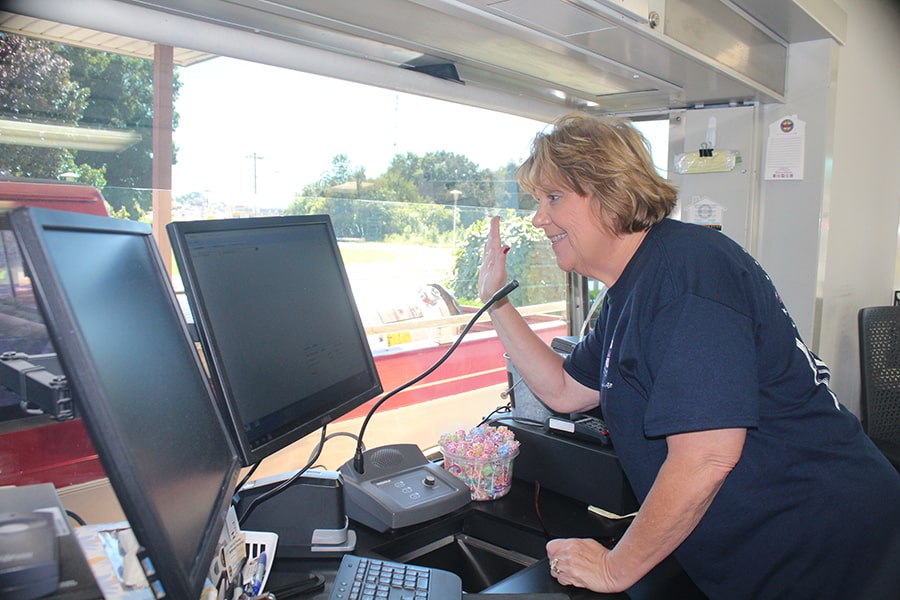 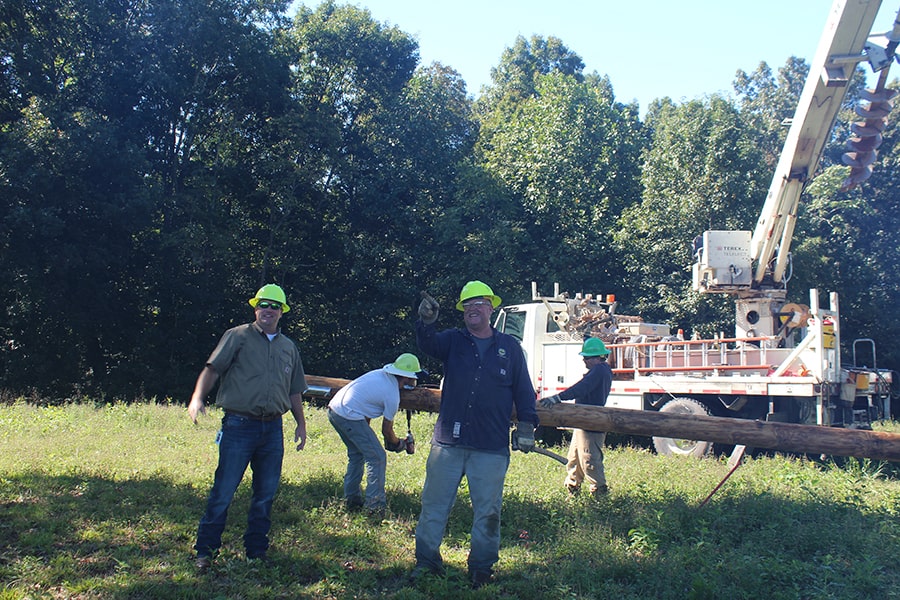 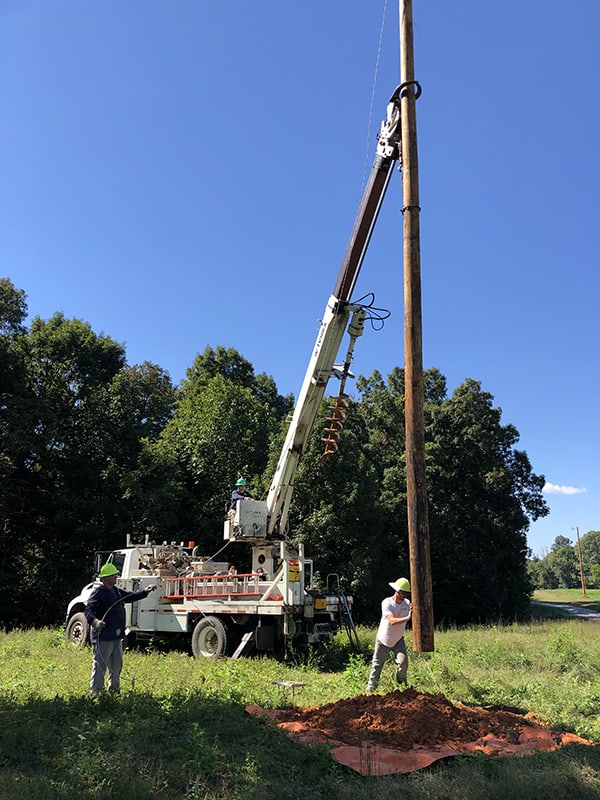 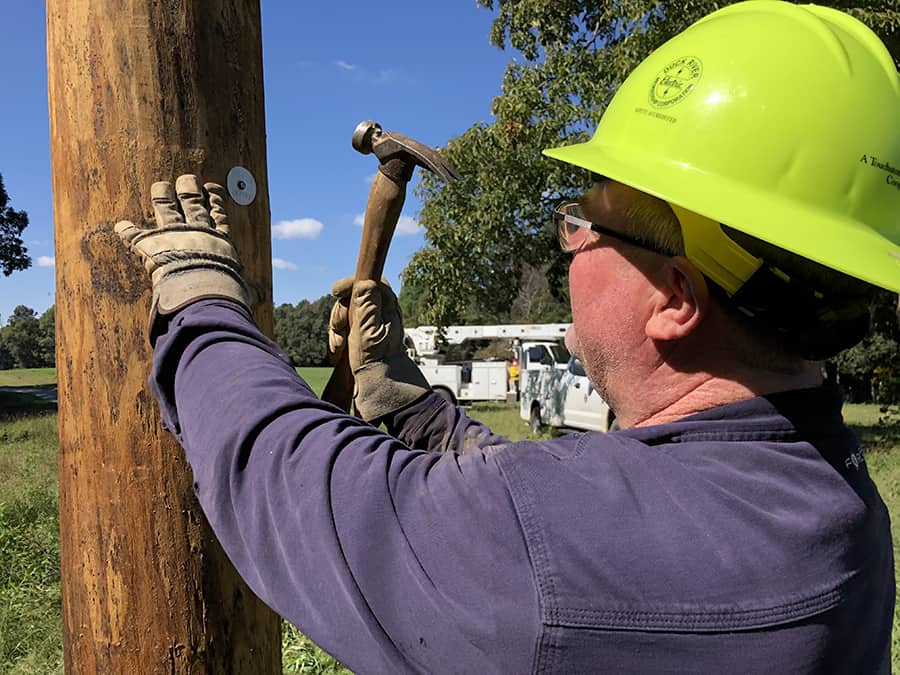 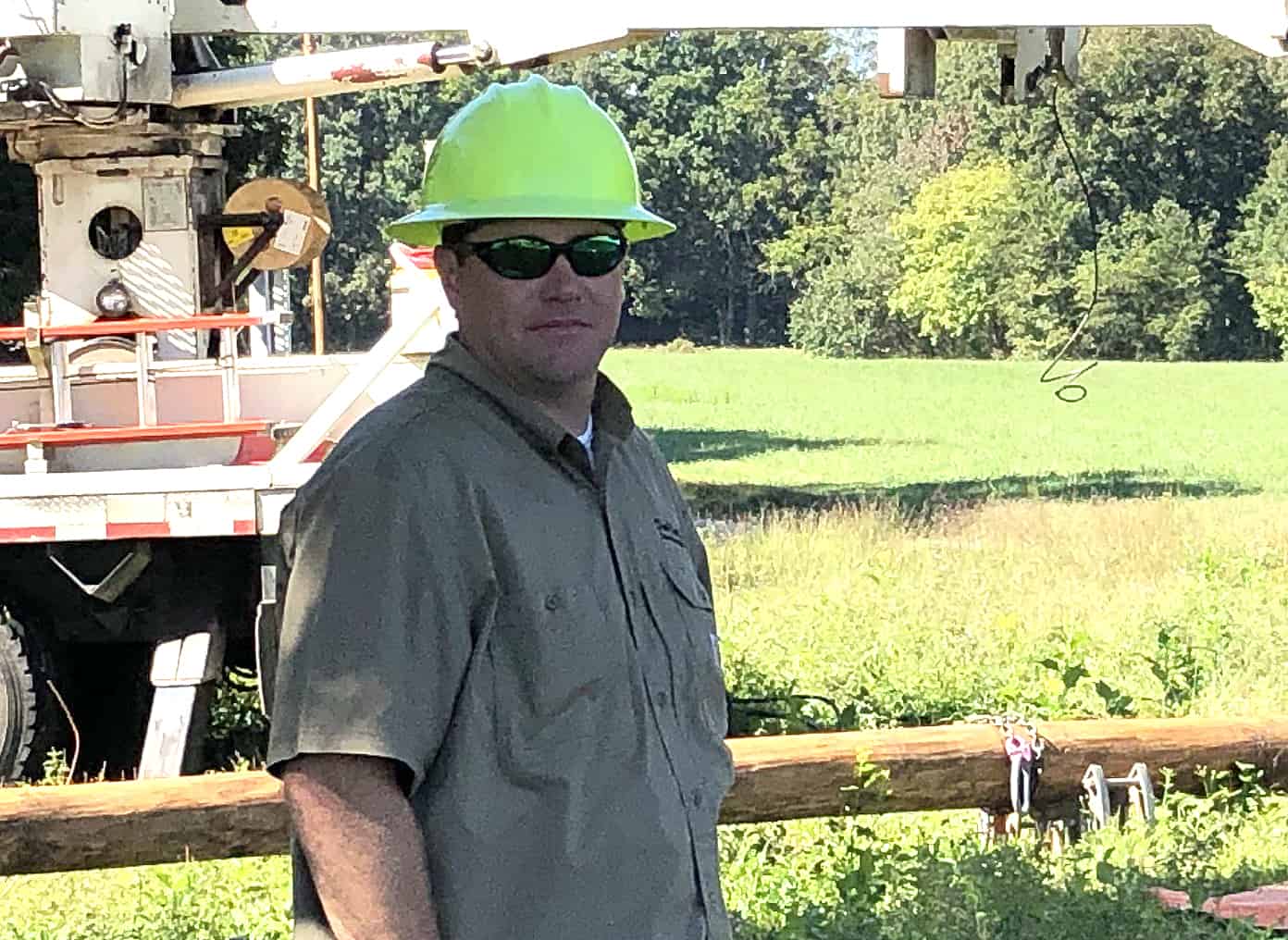