Posted at 08:09h in News by gina warren
Share

In September, 16 DREMC linemen volunteered to rebuild electric infrastructure in Deridder, Louisiana, a hard-hit area that lost power to all of its 43,000 members following both hurricanes.

Due to the widespread damage caused by first hurricane and the long-expected power restoration times, DREMC assembled two initial volunteer line crews to assist Beauregard Electric Cooperative, Inc (BECI). Each crew spent several days rebuilding electric lines, which allowed for significant progress to be made for residents who had been without power for weeks.

“One of the crew members said they repaired more powerlines during this restoration effort than in any other storm they’ve worked,” shared DREMC Operations Superintendent Tim Lusk.

On October 9, Hurricane Delta, a Category 2 storm, slammed the same areas of Louisiana, as well as other coastal states, dropping more than a foot of rain as powerful winds battered communities already ravaged by Hurricane Laura. Delta left more than 600,000 homes and businesses along the Gulf Coast without power where electric services had just been rebuilt and restored.

“In emergencies, crews work long days in difficult and dangerous conditions,” said Lusk. “In Louisiana, not only did crews work in dangerous conditions and unfamiliar territory, but they also dealt with flooded areas that made accessing some of the damage difficult. High temperatures and humidity increased worker fatigue. Regardless of the conditions, DREMC employees were quick to respond to the call for help, and we appreciate their willingness to assist others.”

For the second time in six weeks, BECI lost power to all its members. Many of the assisting electric cooperatives who previously helped returned to assist following Hurricane Delta. A third DREMC crew volunteered to help repair the second round of damage.

“If there is a bright side to getting hit with two consecutive hurricanes, it is that Hurricane Delta did not inflict the same level of devastation to the electric systems there,” said DREMC’s Lewisburg District Manager, Troy Crowell. “Hurricane Laura left miles and miles of electric lines destroyed, which our crews, along with hundreds of other lineworkers, helped rebuild. After Delta hit, much of the new lines and poles are still standing, and that helped speed the recovery process.”

“I am incredibly proud of the DREMC crews who volunteered to help the people of Louisiana,” said nerwsScott Spence, DREMC President and CEO. “These employees gave up time with their families to assist in Louisiana and provide much-needed help to fellow line workers and the members they serve. Their willingness to provide aid to those that needed it most is a testament to their character and dedication.”

The Louisiana hurricanes are not the only examples of DREMC stepping up to help fellow cooperatives. This past March, crews aided neighboring Middle Tennessee Electric Membership Corporation (MTEMC) after a deadly tornado left more than 42,000 member accounts, serving in excess of 105,000 residents and businesses, without power. 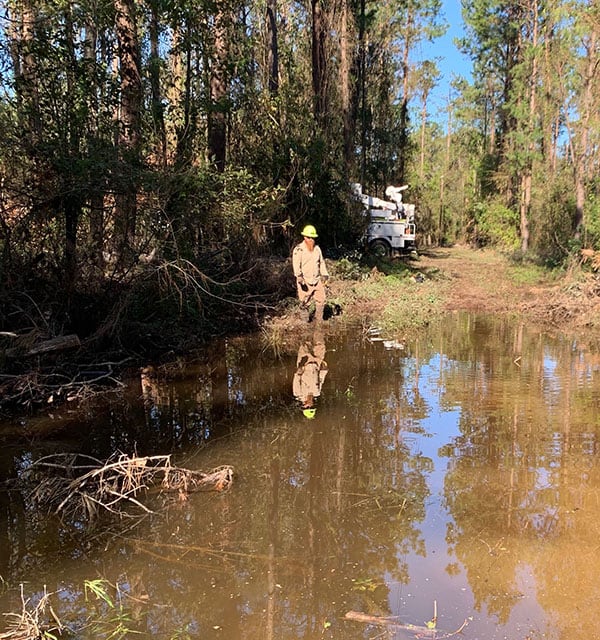 DREMC lineman Matt Swan wades through the muddy and flooded electric right-of-way to begin rebuilding a section of line destroyed by Hurricane Delta. 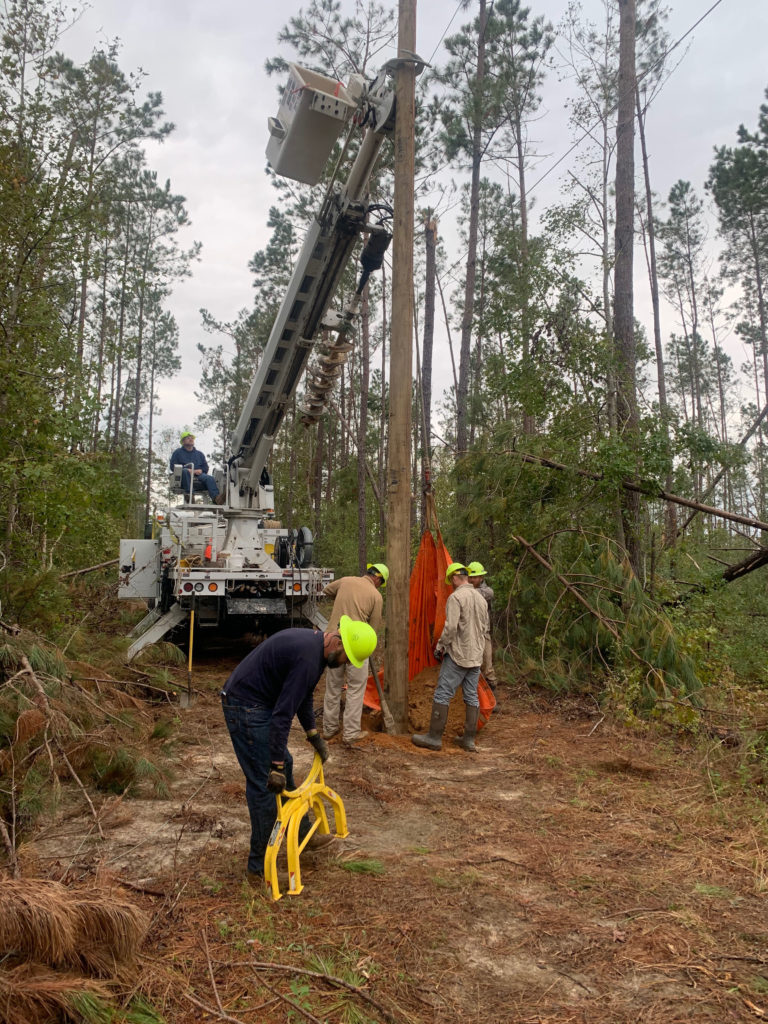 The Duck River Electric crew set many of the new poles in Louisiana’s Beauregard Electric Cooperative, Inc. service area in the aftermath of the hurricane. Poles were erected first so crews could begin the process of stringing new conductor and reconnecting homes and businesses. This photo reveals how hurricane wind gusts tore through trees, which contributed to bringing down electric lines. 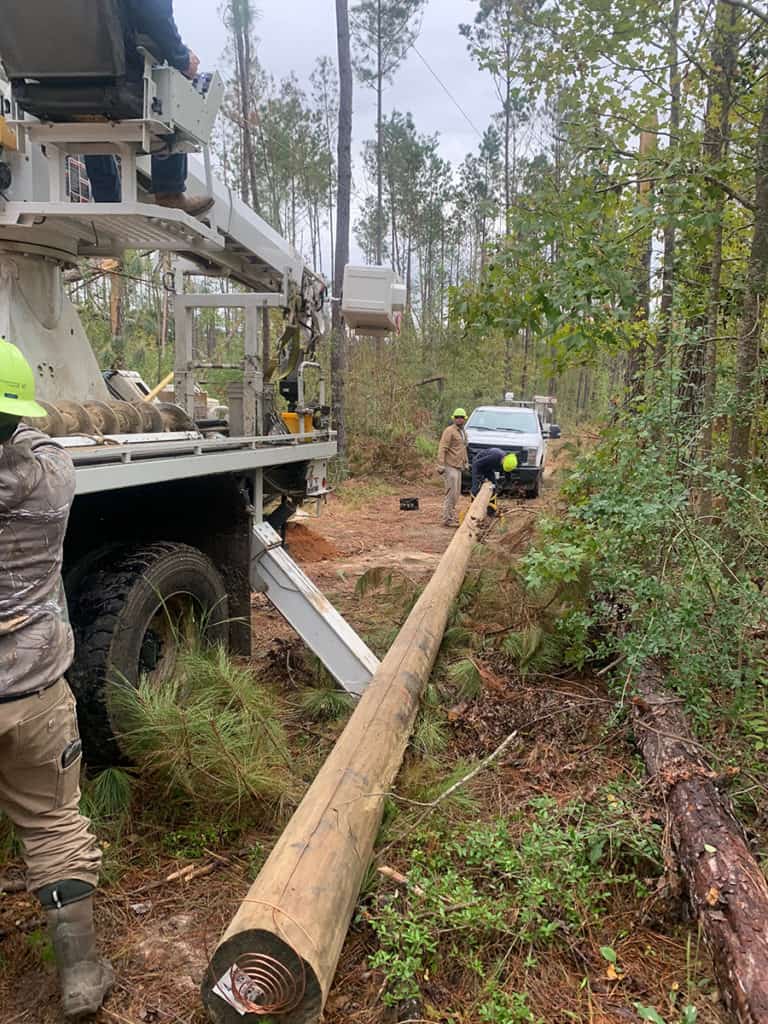 Linemen prepare one of many wooden pole replacements to be set as they work to rebuild electric services.