Late-night storm leaves most of Cowan in the dark

Posted at 14:23h in News by gina warren
Share 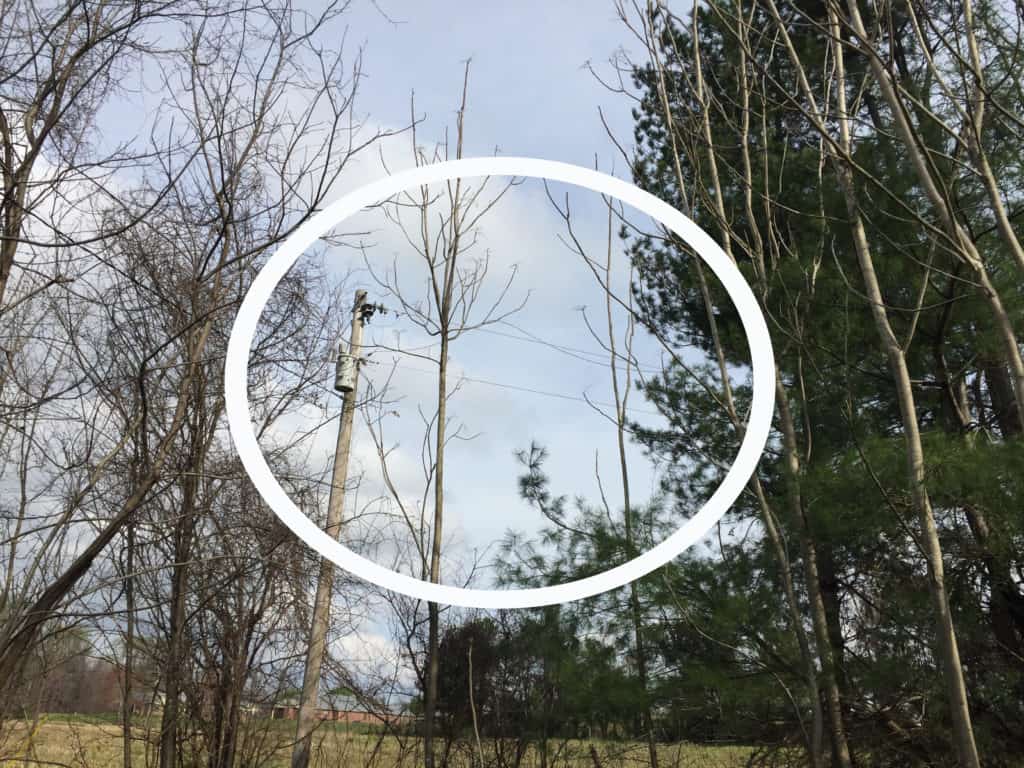 Fallen trees and limbs damage power lines resulting in many without power during last night’s storm. Circled here is just one case of the damaged power lines across the area along Vaughn Lane in Cowan, TN.

Last night’s thunderstorm rumbled through the DREMC service area bringing heavy rains and high winds, which caused massive tree damage and widespread power outages in the Sewanee District. At the height of the storm, a total of 2,180 members – about half of DREMC’s Cowan members who were hardest hit by the storm – were without power. 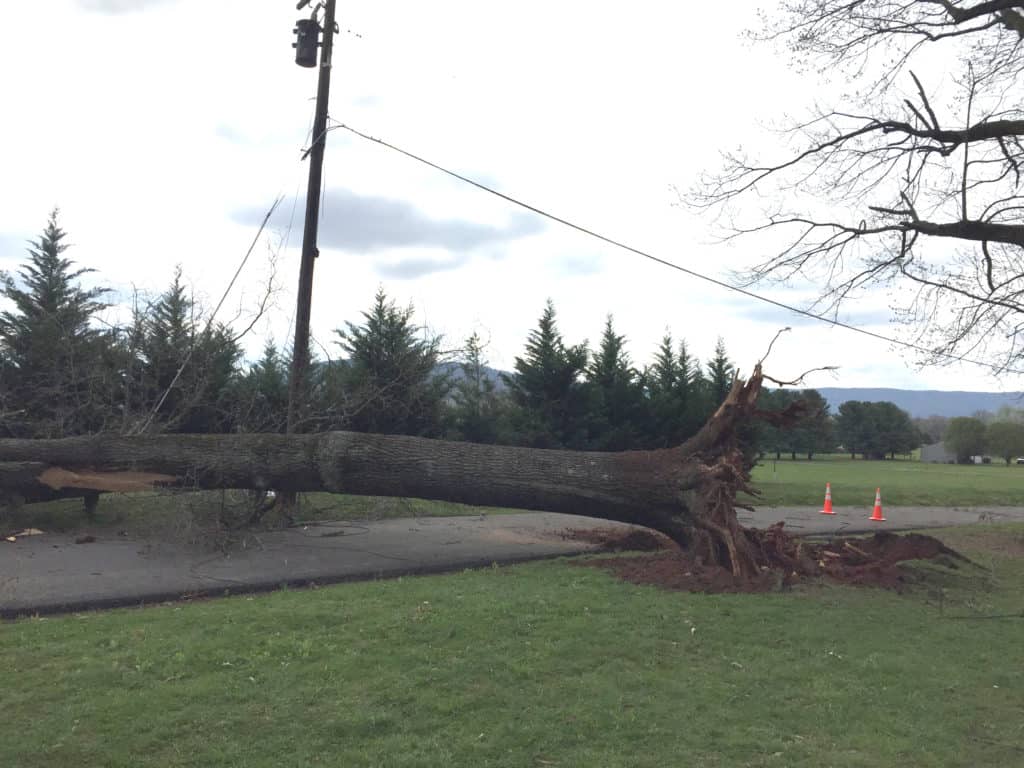 A large tree is uprooted by the strong winds and brings down a member’s service line.

The first reports of outages began at 11:45 p.m. on April 3. DREMC crews worked through the night to restore power. By 2:30 a.m. on April 4, crews had restored power to most of these members except for a few isolated outages that remained mid-morning where sizeable tree clearing and repairs to the members’ service lines and meter bases were necessary.

“The power outages last night were primarily caused by trees and limbs that fell into the power lines as the storm swept through our area,” says DREMC Member Services Manager Carol Garrette. “Southwest wind gusts measured up to 40 miles per hour, according to the National Weather Service, and that’s powerful enough to cause significant damage to trees.”

“When we experience damage to our system such as this, it brings to the forefront the importance of DREMC’s aggressive right-of-way maintenance, tree trimming and tree-line spraying efforts to control and clear the power lines,” says Garrette. “Keeping our lines cleared of tree limbs and other vegetation is very important to service reliability. This is DREMC’s responsibility. Equally important is for our members to make sure that their service lines are also cleared of trees and limbs that could potentially interfere with electric service. This is the responsibility of our members.”

“We thank our members for their patience as crews worked through the night and into the morning to restore power as quickly as possible.” #ThankALineman