Posted at 10:52h in News by gina warren
Share

DREMC reports the hardest hit area was the Decherd area of Franklin County, but scattered outages were also reported in Sewanee, Shelbyville, Lynchburg and Manchester district areas throughout the night and into the early morning hours on Tuesday as the storm passed through.

The first outage reports began around 1:30 a.m. on Tuesday.

DREMC crews worked through the night to restore power, and by 8:30 a.m. on Tuesday, 1,500 members were still without power due to damage to electric infrastructure.

According to DREMC’s Director of District Services David Young, over 20 electric poles were broken as a result of the severe storm. Crews from other DREMC districts, contract electric crews and crews from Tullahoma Utilities Authority are working together to restore power to those still without electricity.

“We will keep you updated as more info is available on the power restoration continues today,” says Garrette. “Our hearts and prayers go out to those in Franklin County and to those in neighboring Rutherford County who have lost their homes in the storm. And we ask that you also pray for our linemen and other emergency response crews who are working to help our communities recover from the storm.”

“We thank our members for their patience as crews continue to restore electric service to all as quickly as possible,” she adds, “and we will keep you updated as information is available.”

Over 20 electric poles, including the two shown here, were splintered or damaged in last night’s severe storm. Wind gusts destroyed a mobile home in the Franklin County area. In the background, trees and other structures were also damaged as the storm moved through the area. Additional crews arrive early Tuesday morning to assist DREMC with power restoration, and after official damage briefing, they quickly leave out to begin the teamwork effort. 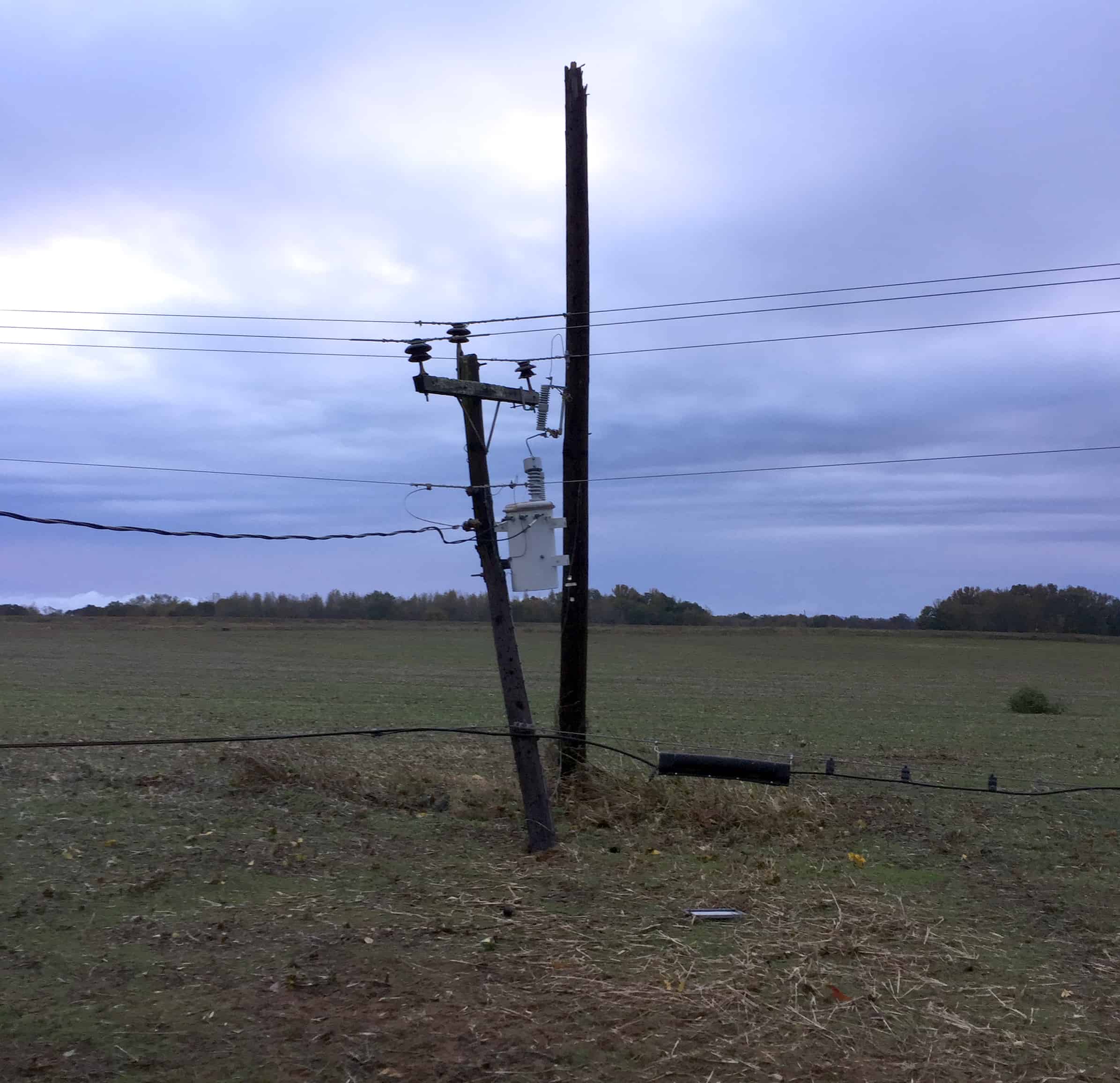 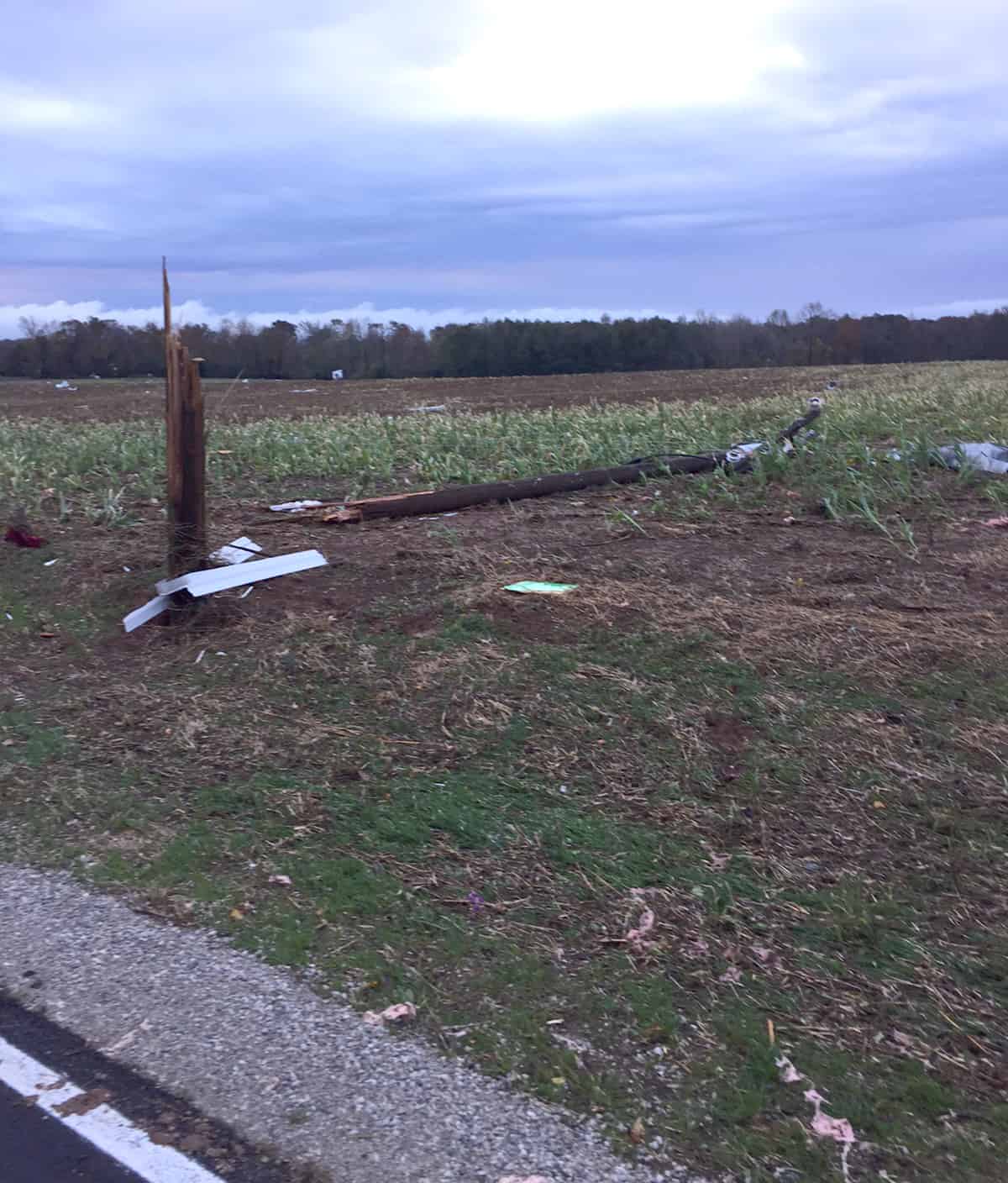 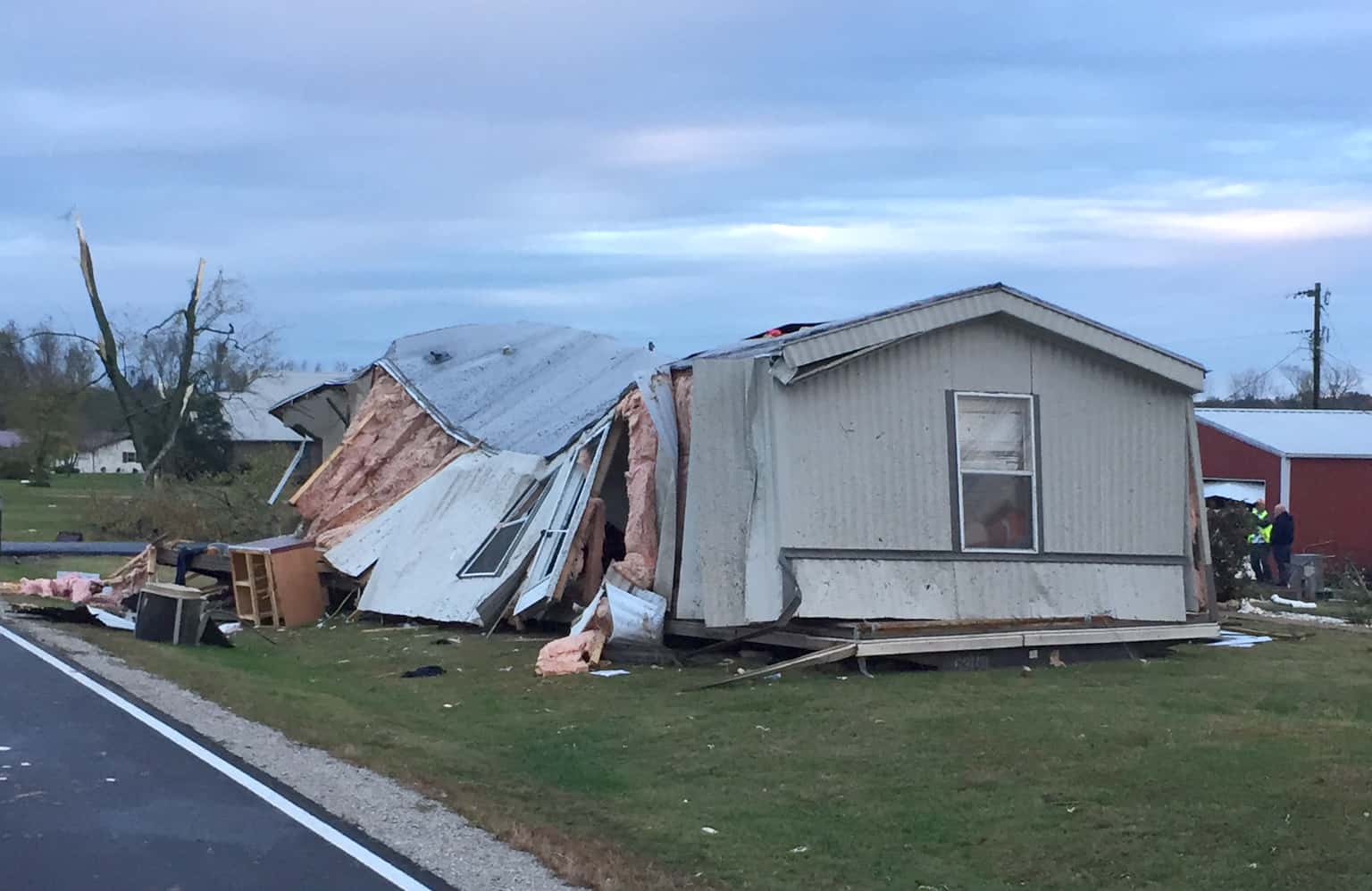