Located in the center of Southern Middle Tennessee and along the busy Ellington Parkway is Duck River Electric’s Lewisburg district. This district encompasses an area known for its rolling hills and includes much of the rural farmland of Marshall County and a portion of Giles County.

“We’re a small office here,” says Lewisburg Office Manager Jennifer Gault who supervises the member service representative team (MSRs), “and we work well together because we’re a work family and care about the members.”

According to District Manager Troy Crowell, the cooperative’s Lewisburg district office was originally located just off the town square. In 1974, the current office building was constructed and later expanded in the 1990s.

In earlier years, the Lewisburg/Columbia District included Marshall, Giles and Maury counties and spanned rural communities from Cornersville to Williamsport. This large area was divided in the 1990s to create separate offices for Marshall and Maury county members. Another office was built in Chapel Hill in 2015 to create a more convenient office location for members in the Spring Hill to Unionville areas.

“I grew up in this area,” says Crowell. “I was previously employed at a local industry, but I always wanted to work outside. When I heard of an opening at Duck River Electric in 1990, I applied and have been here since.”

Crowell began as an apprentice groundman for DREMC’s Lewisburg district, learning the skills to become a lineman. In 1994, he became a journeyman lineman. He remembers well his next career change as he interviewed for the newly created safety coordinator position in the DREMC Shelbyville office; the date was Sept. 11, 2001. Eleven years later, he came back to Lewisburg as the district operations supervisor and then became district manager in 2017.

Jeff McClendon, district engineer, has been with DREMC for 40 years. McClendon enjoys meeting with DREMC members and assisting them with electric construction plans, however, his role changes somewhat during a major storm. When out-of-town crews help DREMC with power restoration, he serves as a ‘bird dog,’ assisting the crews with finding their way around the rural countryside and explaining how circuits are fed from the substations to ensure the crew’s safety while working in the area. He shares one particular story about his ‘bird dog’ experience:

“During the Feb. 2015 ice storm, our system had lots of damage, and many members were without power. Crews from other areas came to assist Duck River with restoring power. One crew that assisted us was from Joe Wheeler Electric in Alabama. They were a great crew to work with, but they were used to working on flat land. One day we were working on Fishing Ford Road, and there were a few hills to climb to reach the damaged power lines. The ground was wet and slick due to the ice, and one fellow from Joe Wheeler fell several times. He must have been getting a little frustrated because he asked me, ‘How do y’all walk on this ground?’

Crowell says that when storms affect the area, the Lewisburg linemen are quick to respond. “It’s their responsibility to get the lights back on, and they don’t run from it. They run to it.”

“My father worked as a lineman for an electric contractor,” says Kevin Burlison, DREMC lineman. “For several years, I worked in the same contract crew as my dad, watching and learning from him and listening to his job experiences. It stuck with me. Then, when there was an opportunity to be a lineman at Duck River, I came here to continue the work I love.”

According to Timmy Hopkins, a Marshall County native and DREMC lineman since 1999, “Once linework is in your blood, it’s all you want to do. I trust these guys with my life. We work out in bad storms restoring power, and even when it’s midnight and pouring rain, I enjoy my job.”

After a few years of experience in construction, Taylor Gentry, another Marshall County native, says that working at Duck River gives him job security, and that’s an important aspect to consider when choosing a career.

“I like seeing our members when they come by each month,” says Lisa Hobby, an MSR. “I’ve lived in Marshall County for 30 years, and I consider all of us as local people helping local people.”

“We are quick to recognize when a member has a need, and we help when we can,” says Gault. “If it’s an elderly person who needs help filling out an application or someone who needs help signing up for a program online or making a payment by phone, we are happy to assist them.”

“We sympathize with those members who have battled illness or lost jobs during the pandemic,” says Jessica Stinnett, MSR, “and we work with them any way we can to help them stay current on their electric bills.”

She says that DREMC’s Project HELP program has seen an increase in funds given and distributed in Marshall County since the pandemic began. “One member, who had not given to Project HELP previously, made a generous donation stating that he had received electric bill assistance a few years ago, so he now wanted to help someone else through the program. It’s things like this that mean a lot.”

System improvements are ongoing in the area with clearing the electric right-of-way to enhance service reliability, according to Crowell. “During storms, our greatest cause of outages is trees that have grown into the right-of-way,” he says. “Trimming and removing trees in reach of the power lines will help reduce and, in some cases, prevent tree-related outages.”

Perhaps the years that Lee Pettes, district operations supervisor, has spent at DREMC sums it up best. Pettes grew up in Marshall County and began his career at DREMC in 1985 as an apprentice groundman, becoming a journeyman lineman in 1990. After spending two years away from the area, he came back to DREMC to serve four years as a lineman in Decherd, 11 years as area manager at the Sewanee office, and in 2017, he was promoted to his current position, which allowed him to come back to Lewisburg.

“This opportunity brought me back home where I started,” says Pettes.

Home. That’s what Marshall County is to many of the Lewisburg district employees and how they feel about working at DREMC. It’s home. 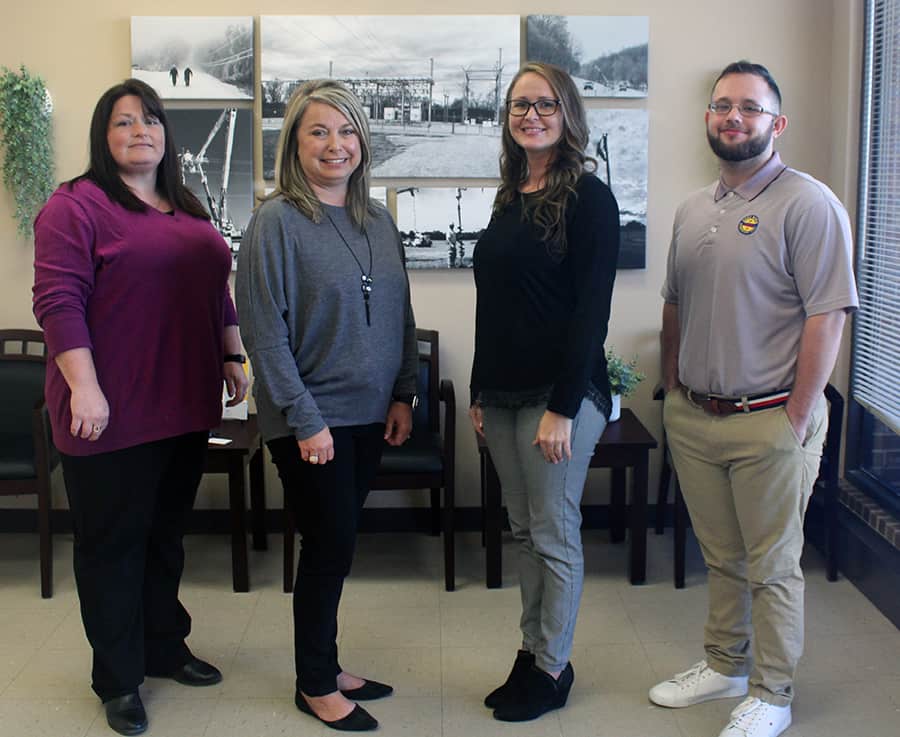 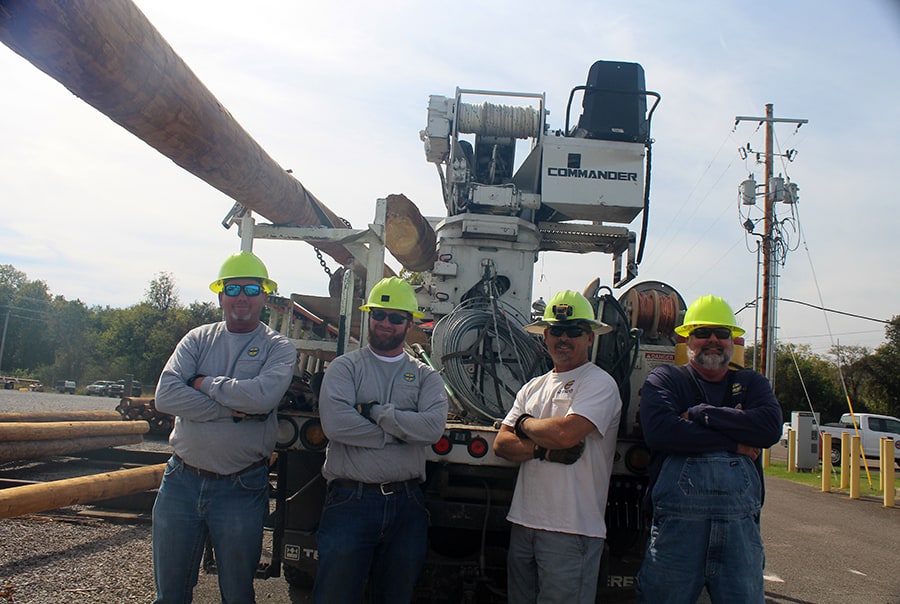 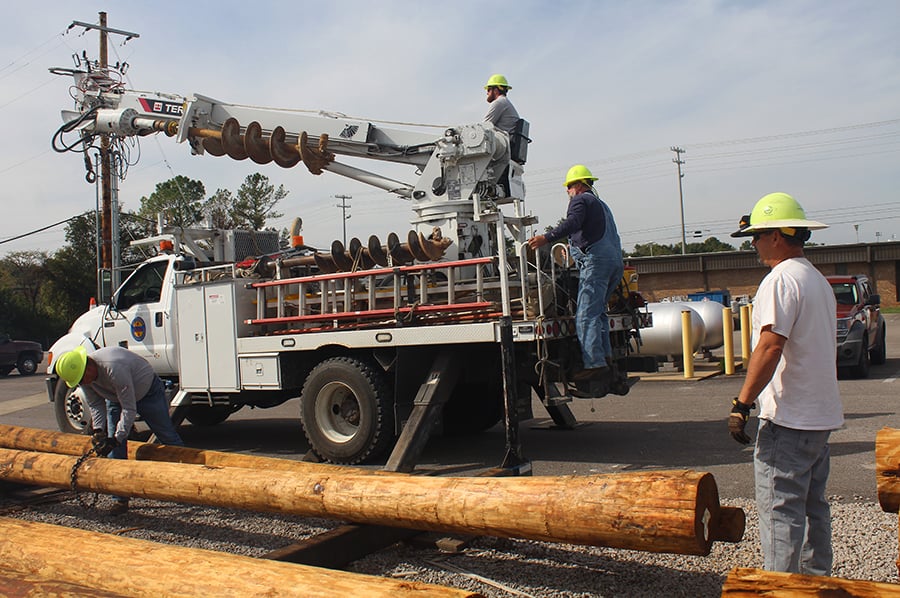 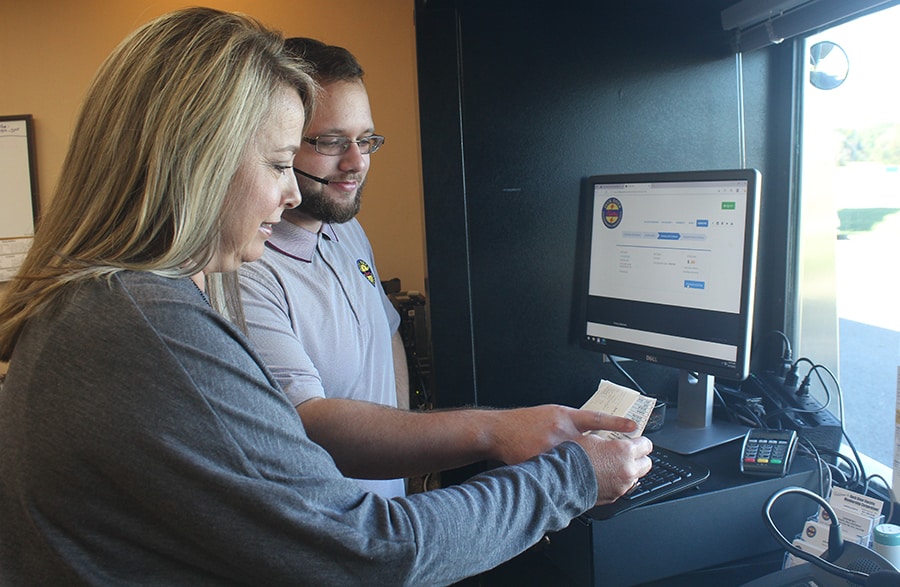 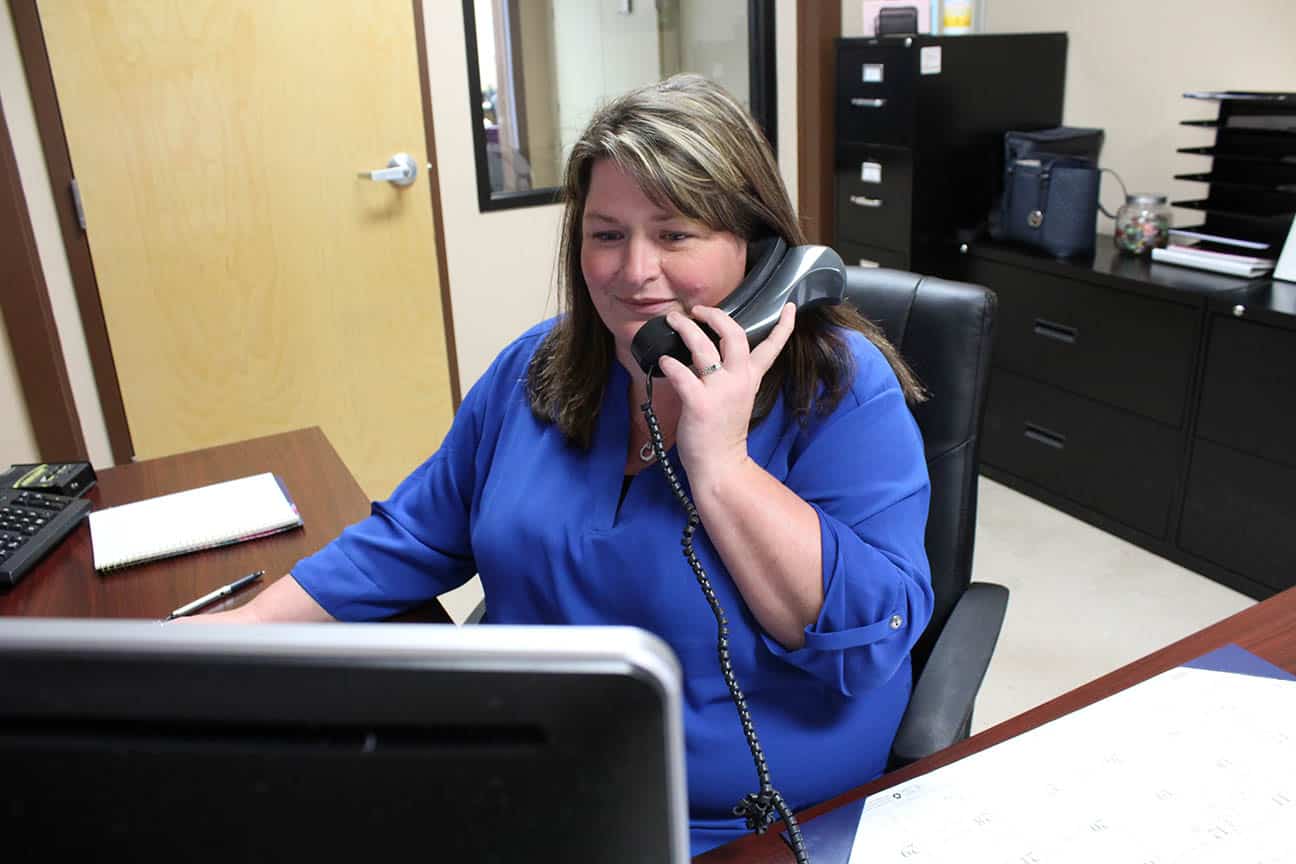 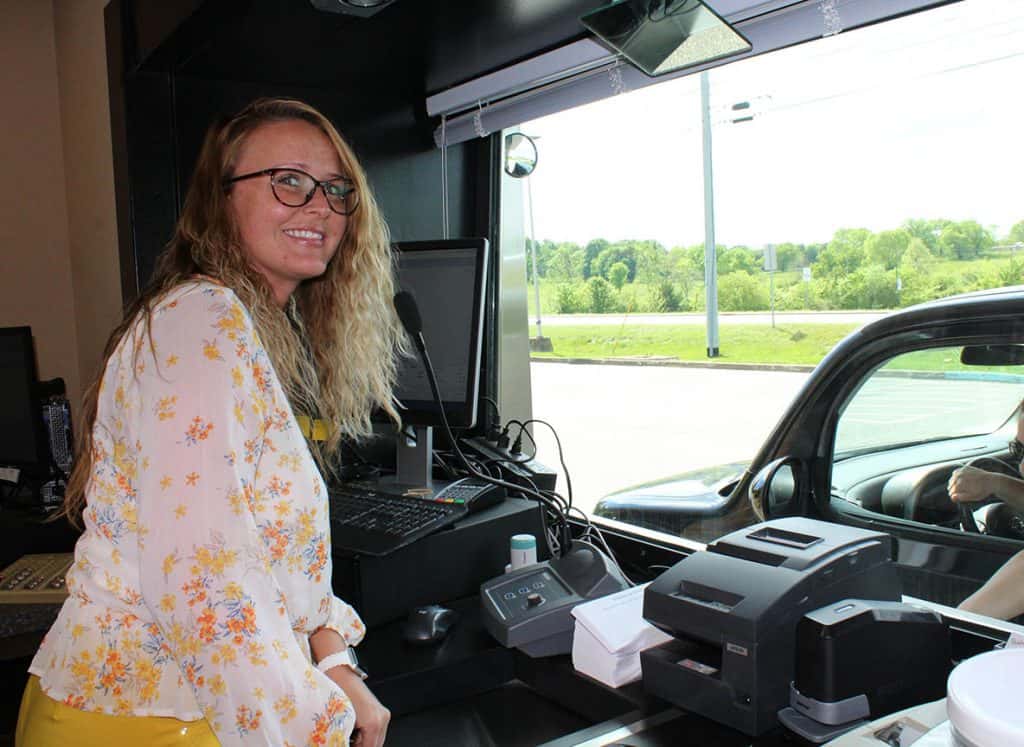 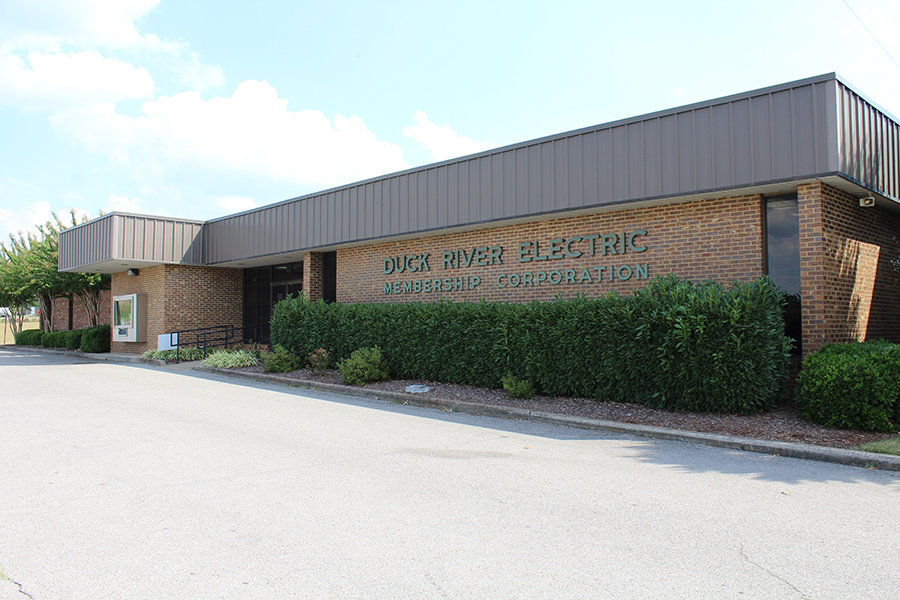