Imagine rural life in south-central Tennessee before electricity. Times were quite different. Going to work meant running the farm, around the clock, and all year long. Rural living wasn’t easy – it was about survival. It was a time when human hands worked from sunrise to sunset to keep farms and homes going.

Follow DREMC’s timeline to learn how electrification has changed rural landscapes and lives across our service area for more than 86 years. 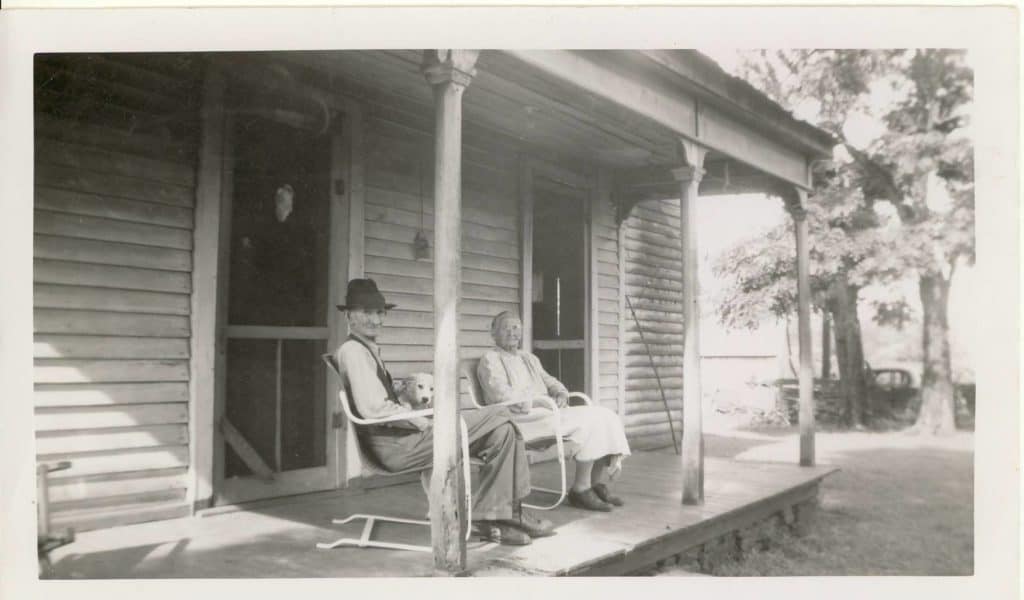 Even though the 1930s brought the Great Depression that rattled our country, it also brought electricity to rural countrysides, changing our landscapes and lives.

1933
With the establishment of the Tennessee Valley Authority (TVA) in 1933, Tennesseans had already begun to appreciate the power of electricity in more densely populated areas.

1935
Local visionaries wanted electricity and explored the option of cooperative electric distribution systems. President Franklin D. Roosevelt issued an executive order to create the Rural Electrification Administration (REA) to provide funding for utility groups who would serve rural areas. But the REA was not an overnight success. This was thought to be a radical idea and that citizens who lived in rural areas might band together to own utility companies. The same private investor-owned companies who refused to build power lines to the farms now 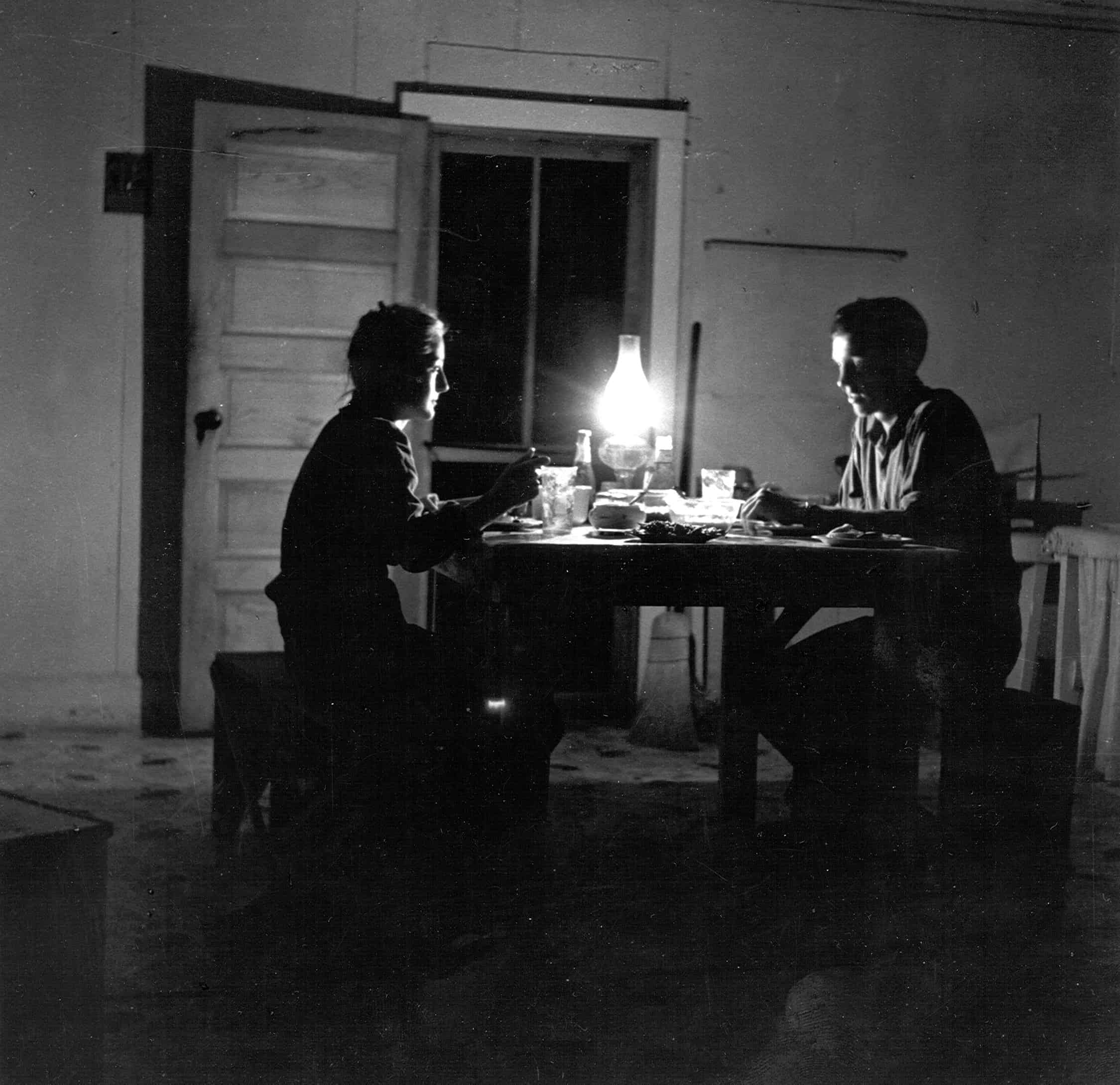 fought the idea that farmers might do it themselves.

Bedford County residents were among the first to organize a not-for-profit electric cooperative: Bedford County Electric Membership Corporation. They elected officers and launched a concerted campaign to bring on members.

May 1936
The established electric companies were powerful and well organized, and Roosevelt’s executive order was largely ignored. In response, Roosevelt signed the Rural Electrification Act into law, setting up federal funding for loans that would guarantee a share of the future to rural Americans across the country.

The cooperative continued to grow as Marshall, Moore, Coffee and Franklin counties expanded its reach, which renamed the cooperative to become Duck River Electric Membership Corporation (DREMC). Soon, Maury County and portions of Giles County came on board to form DREMC’s current boundaries and shaping our 2,500 square-mile service territory from Columbia to Sewanee.

The first electric current was turned on at a member’s home! The vast possibilities of electric power were finally in the members’ hands. During this month, DREMC purchased its first-established electric lines from TVA and welcomed 386 cooperative members. 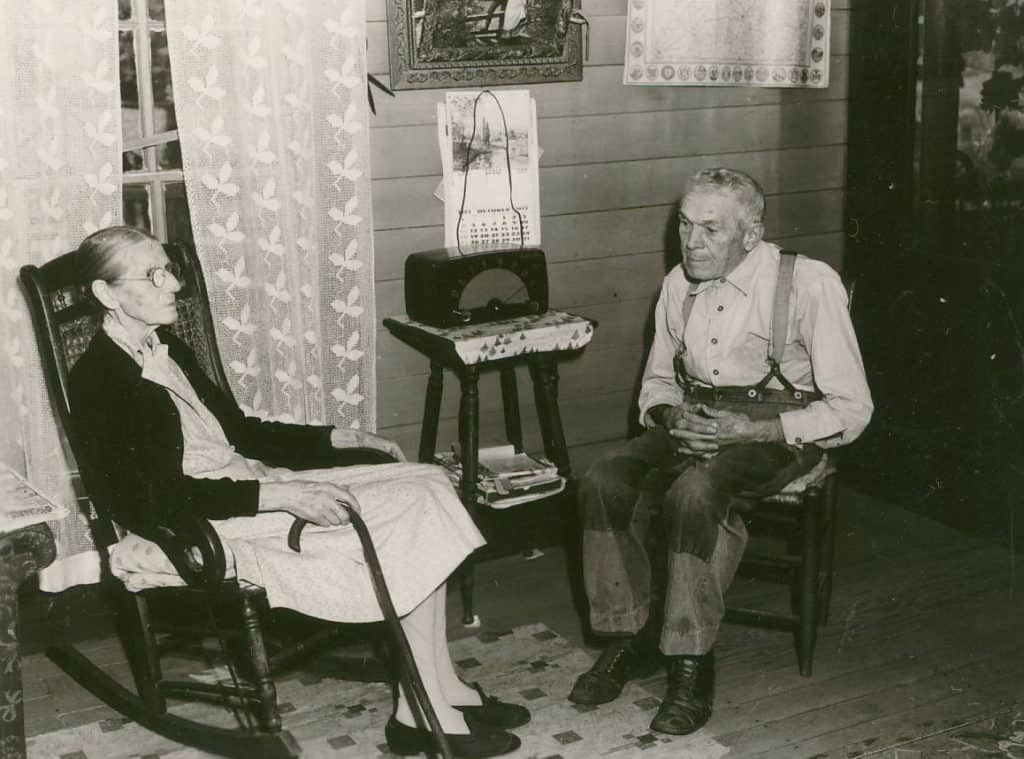 Soon, more and more people were going door-to-door, holding meetings in churches and tobacco barns. They argued the pros and cons of electrifying their homes and communities. Wasn’t electric power dangerous? Could it really save enough time and labor to be cost-effective? How would rights-of-way be secured if not every farm wanted power?

Proponents had their work cut out for them. The Great Depression was on, and the cost of a $10 membership fee and a $2 to $4 monthly bill was considered extravagant. Would the idea of forming, owning and running their own utility company become a reality? Through a purely grassroots effort, a vibrant volunteer spirit took hold and pushed forward.

Electric cooperatives began to form all across the country. Established using The Seven Cooperative Principles, each was forged under ideals of necessity and possibility.

August 1937
The cooperative secured its first REA loan of $379,000 to expand power line construction and negotiated a wholesale contract to purchase electricity from TVA. The cooperative was up and running, based on a successful business plan that is still in place today.

The percentage of area farms with electric power grew from 5 percent to 22 percent by the 1940s. 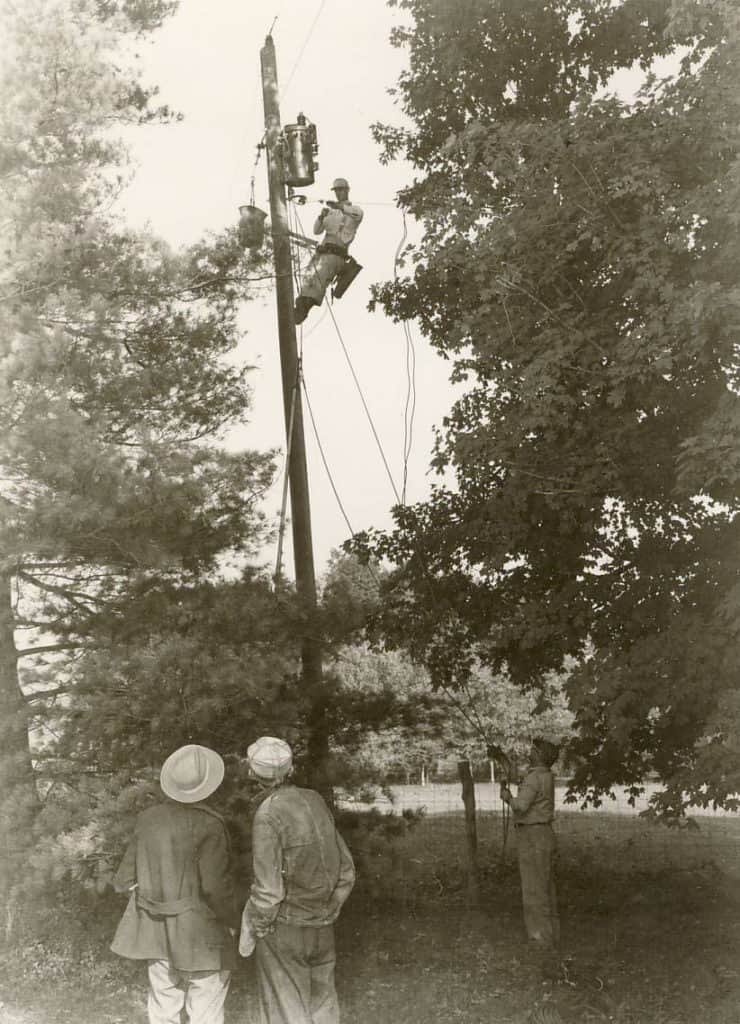 Until the 1950s, DREMC members read their own electric meters and sent postcard reports to cooperative accountants who calculated the monthly bills.

As new electrical products made their way into rural Tennessee, life on the farm underwent monumental changes. Chicken coops were lighted to increase egg production; dairy farms now had refrigeration units and pasteurization machines; faucets at the barn meant being able to keep more livestock. Hand tools were sharpened electrically, and farm equipment could be maintained, repaired and even built using electric-powered metal lathes. 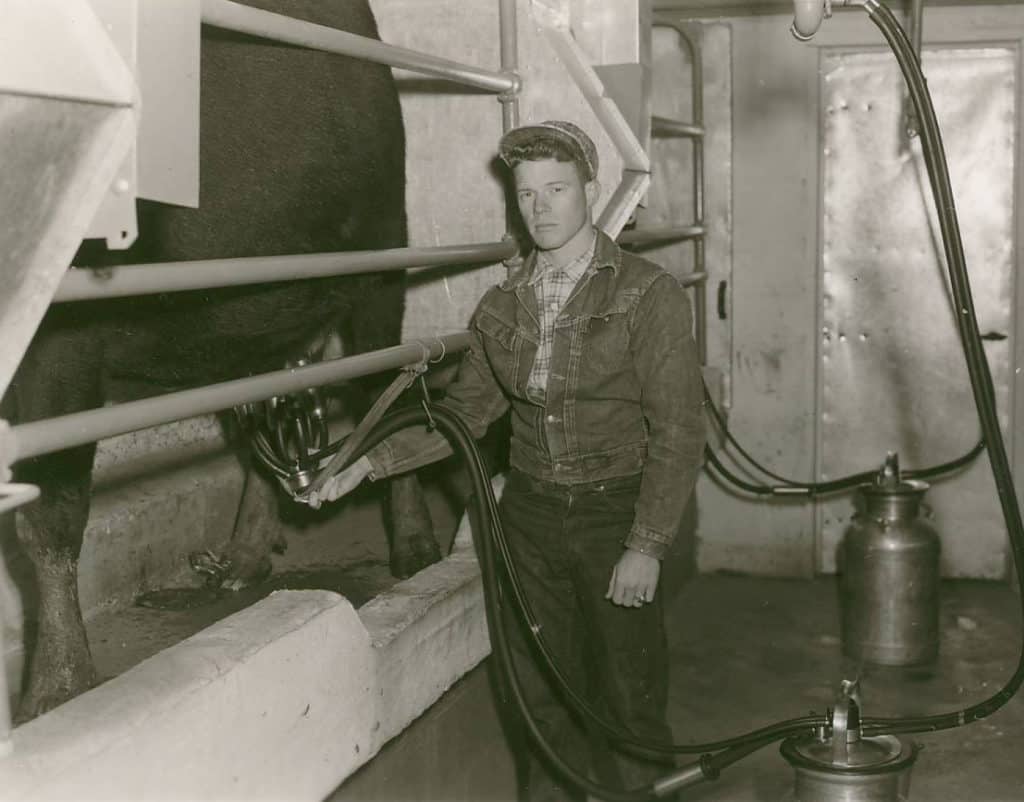 DREMC’s promise of reliable electric power was tested by power outages in January and February 1951 when a large portion of its service area was damaged by severe sleet and ice storms.

Roads and the Interstate system were being built in the 1950s, changing the landscape of rural America. New enterprises in manufacturing, travel and recreation were cropping up in Tennessee.

At our founding, DREMC had no industrial members, but by the end of the 1950s, we had nearly 50 nonresidential entities sharing the costs and benefits of electric power, and the number of farms with electricity in DREMC’s service area reached 95 percent.

From this time forward, government, commercial and industrial members would be essential partners in DREMC’s continued growth.

All-electric homes were big news in the 1960s! This would include the basic appliances plus indoor climate control units through heat pumps and window air conditioners. The ‘60s were a time for DREMC to expand its partnership in regional development, and the cooperative pushed hard to keep up with rising demand for growth. 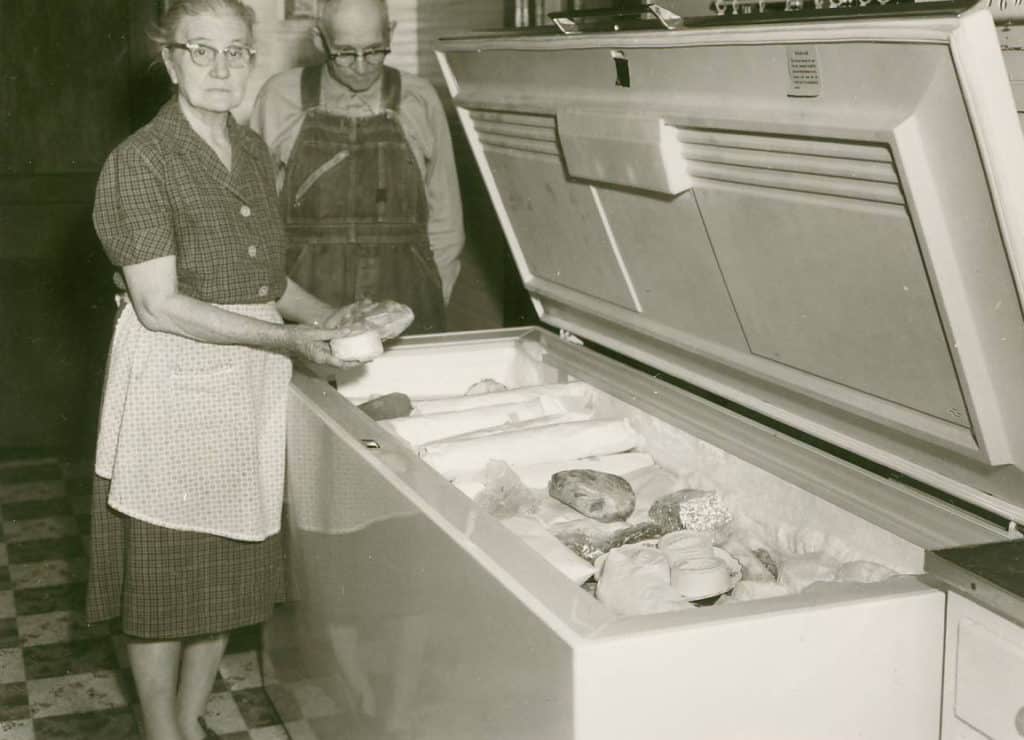 DREMC purchased mechanical digger trucks and man-lifts; crews added additional capacity to thousands of miles of electric lines, in some cases replacing the poles to accommodate even more lines. Substations were upgraded, and new ones were built. 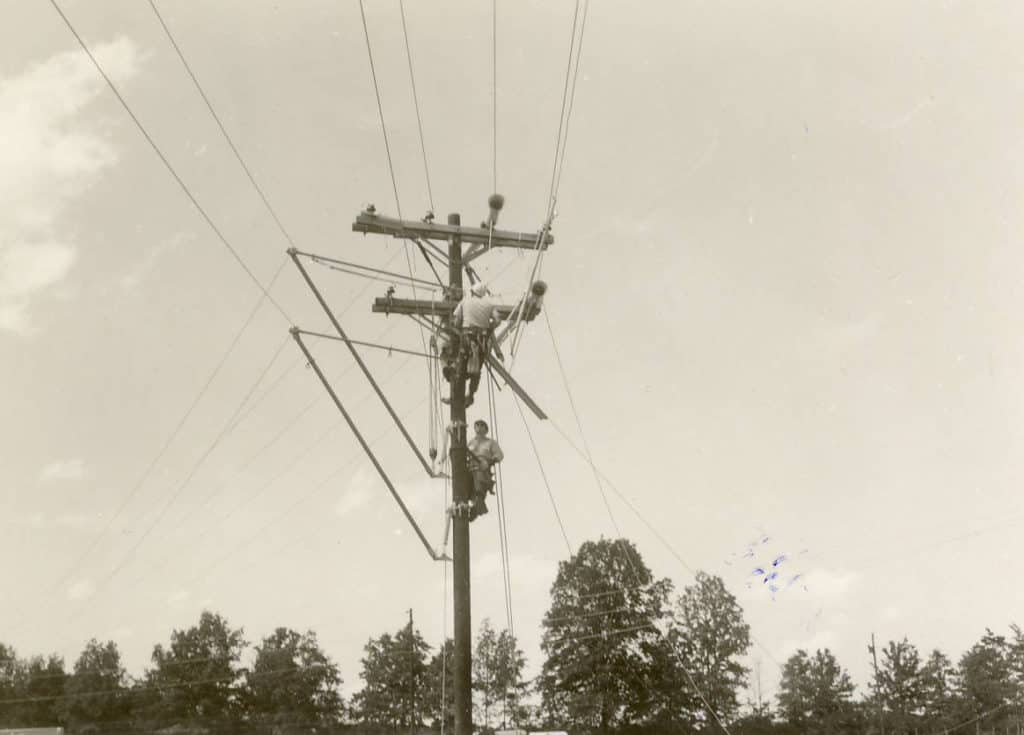 Regional manufacturing was on the rise in the 1960s, and through it all, DREMC remained not-for-profit, locally owned and true to its founding principles. Costs to our members had actually decreased over the years. In its first 30 years, DREMC rates had dropped from 3 cents per kilowatt-hour in 1936 to under 1 cent per kilowatt-hour in 1966. That was less than half of what most Americans paid!

Our landscape continued to change as two major interstate systems, I-65 and I-24, brought more traffic and growth to the area. Tims Ford Lake was completed, and similar projects were planned for Normandy and Columbia dams.

While much of the U.S. was in an economic recession, Middle Tennessee and DREMC had a wealth of opportunities. New area lakes meant hotels, restaurants, marinas and new homes. Rest areas and interchanges on the Interstates meant running miles of lines into places where only farm animals and wildlife had previously roamed. New manufacturing facilities wanted distribution centers, factories and warehouses in the area. All of this took electricity, and DREMC continued to expand its lines to supply the needed power to boost economic development.

The Browns Ferry Nuclear Plant in northern Alabama became the first nuclear generating plant on TVA’s system during this decade bringing new possibilities for supplying power to the Tennessee Valley.

There was a downside the cooperative couldn’t control – rising wholesale power costs. When costs increased, TVA rates followed, leading to higher rates for DREMC’s members. For the first time in history, DREMC electric bills were nearly in line with the rest of the country.

By the 1980s, the world seemed a bit smaller due to advances in transportation and communication. Area farms, however, were falling upon hard times. Economic changes sent more residents to industrial jobs, and improved rural education had graduates looking for opportunities beyond the family farm.  Global competition increased and brought foreign goods here at cheaper prices. Farmers were finding both the value of their products and the worth of their land in jeopardy. Now more than ever, they needed low-cost power, strength in numbers and the proven reliability that DREMC had come to represent.

Our service area now roughly covered 25 miles wide and 100 miles long across Middle Tennessee. DREMC had grown to include a combined residential and commercial membership totaling more than 39,000.

In 1985, a devastating ice storm took down electric lines throughout the region. DREMC crews and volunteers worked side by side to restore power, and members gained a renewed appreciation for the importance of electricity.

In 1986, DREMC celebrated 50 years of providing electric power to this region: still member-owned, nonprofit and ardently seeking the best ways to serve the needs of members, who had now owned this corporation for half a century.

Technology is beginning to change the way people used electricity, while economics had them looking at how much they used each month. DREMC spent this decade ensuring that members had input, information, reliable equipment and hands-on help to keep rates affordable and service at the highest possible level.

By now, we took electricity for granted. We expected reliable service at reasonable rates. DREMC remained committed to caring for the members by inspecting every inch of its 4,800 miles of line to ensure reliability. This included replacing poles, lines and equipment and guaranteeing that no one member was out of reach for upgrades, emergency or repair services.

New devices in this decade included cable and satellite boxes, home computers and printers, CD players and VCRs. Refrigerators now had water spigots and ice dispensers on the outside of the freezer door.

DREMC introduced energy programs for heat pumps and weatherization upgrades, affordable payment plans like bank draft and budget billing options and more. We helped local companies and industries meet or exceed their expectations and plan for the future of new technology the was changing the way they operate and use power. Manufacturing now employed sophisticated new methods: robotics, automated production lines and injection, microwave or infrared techniques.

On the cusp of a new millennium, DREMC was still delivering on the promise of delivering power and service to members. 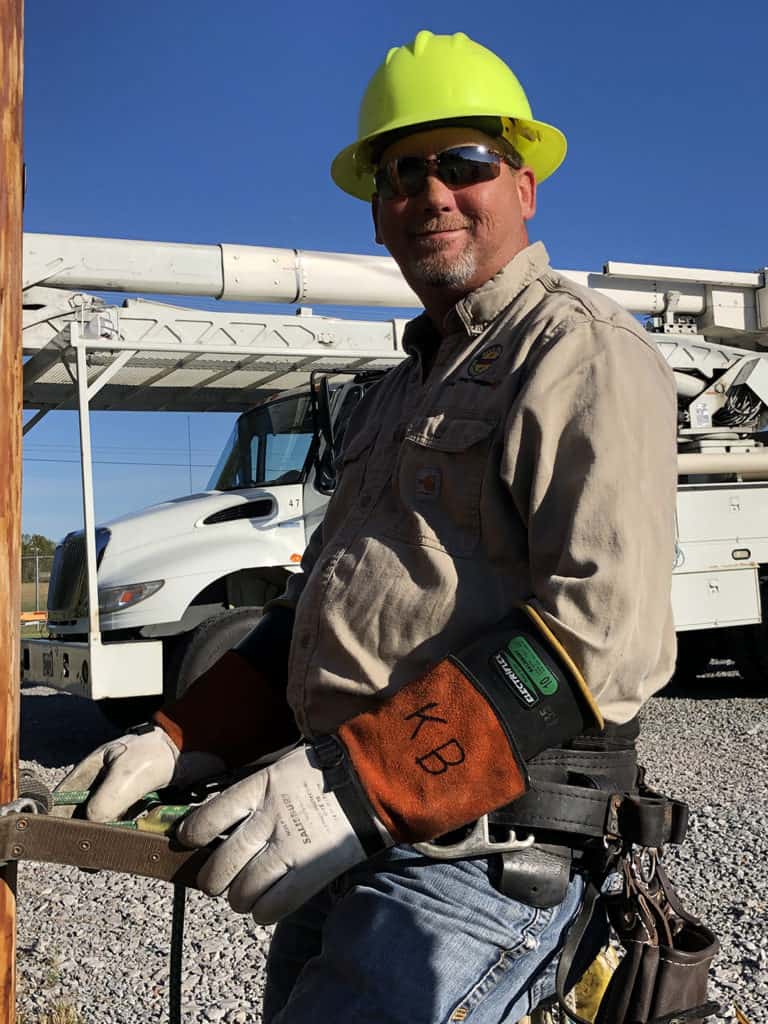 Along with TVA, the cooperative explored options for renewable energy and sustainable rate structures, helping members design geothermal heating and cooling systems and install the first solar panels in the region. New homes were designed for greater energy efficiency, and the focus on reliable electricity continued to grow as the digital era grew by leaps and bounds. 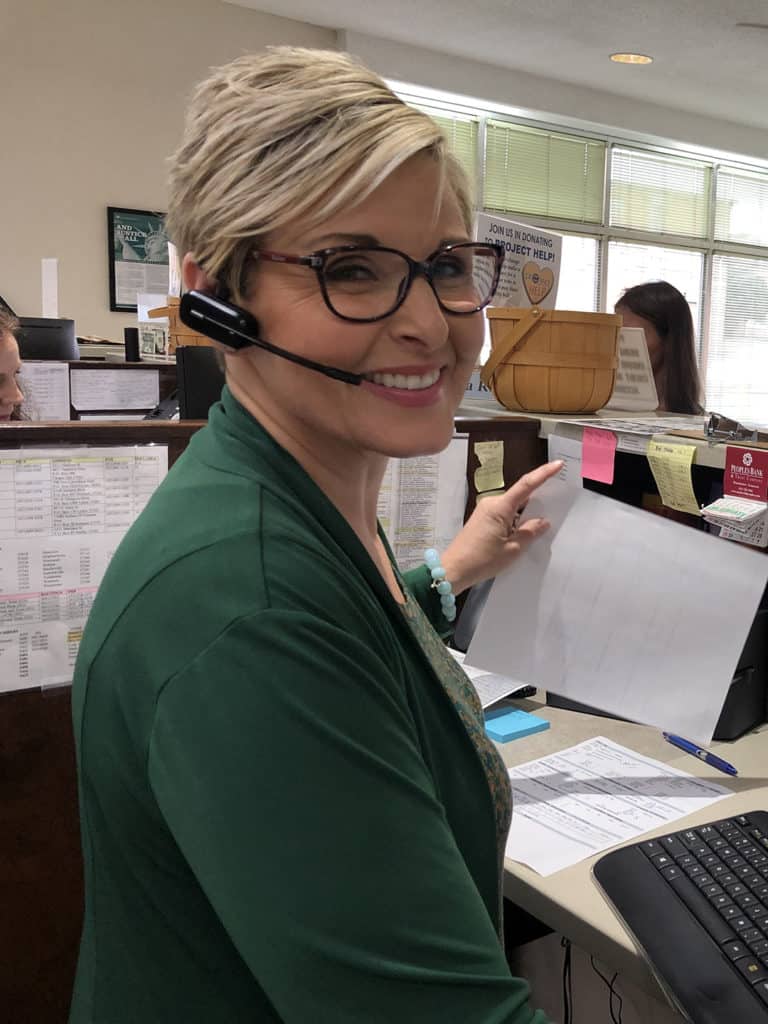 Shocking events that rocked our country like September 11 and Hurricane Katrina are more than solemn reminders that electric power was important – electricity is vital to everything we do as a family, as a company and as a community.

Although we serve the same square miles, DREMC membership has grown to over 82,000. The resolve and dedication of those who began the electric cooperative movement established something that continues to thrive and bring life to the rural areas we still serve. 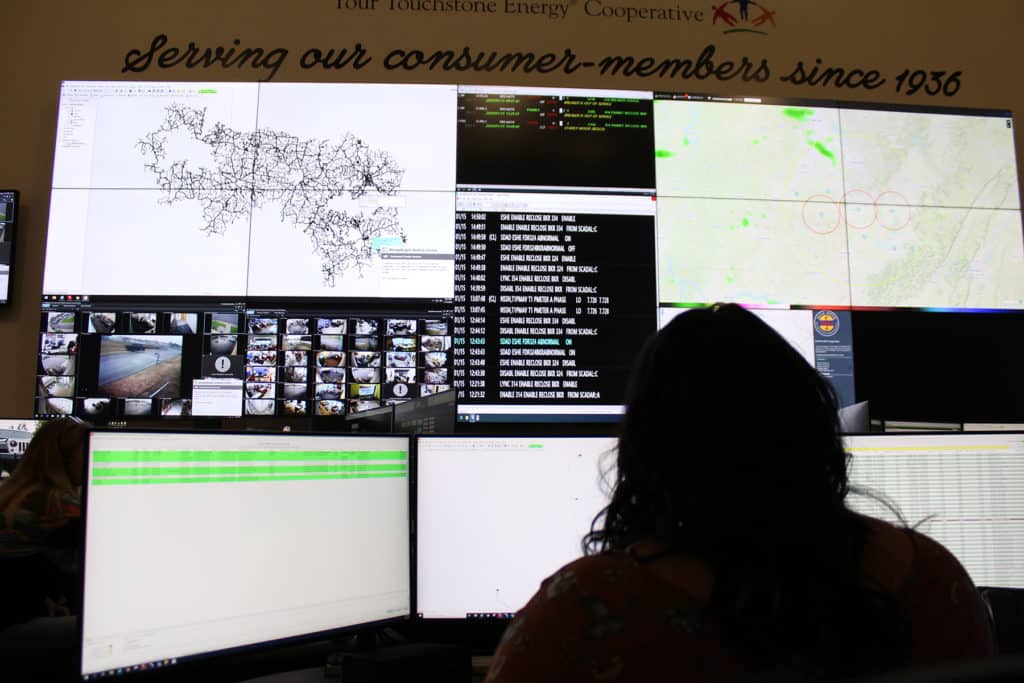 Today, DREMC is the fourth largest electric cooperative in Tennessee.

The opportunities that challenges bring were at the heart of our founding and will be the key to DREMC’s future. Those first DREMC members, who simply wanted lights and the conveniences of electricity, were not afraid to meet the future head-on and claim their place in it. As your cooperative of today, we must continue that determination and adapt to challenging and changing times to bring the very best to those we serve.

In 1936, DREMC gave us the power to connect, to work with our neighbors, implement new ideas and improve community life. We’ve kept the power on, fostered lasting connections, stayed open to new ideas and remained focused on the values of a member-owned business model.

We see a future of good things ahead as we continue to carry the cooperative promise of providing safe, reliable electric service at the lowest possible cost with us.