Chapel Hill is described as a small community with southern charm. There you’ll find a scattering of local boutiques and restaurants to the Marshall Farmers Co-op and United Communications’ headquarters. The community is also home of the annual Chapel Hill Lions Club Super Pull of the South that brings super-charged excitement and visitors in July.

Duck River Electric’s Chapel Hill office sits along the busy Nashville Hwy. and is the newest of the eight district offices. It serves Marshall County members who reside between Lewisburg and Columbia.

Opening day for the office was marked by an ice storm that hit the area on Feb. 16, 2015; it was not exactly the opening day DREMC had planned. Power was out across much of the DREMC service area and at the Chapel Hill office.

The office was manned by only Area Manager Timmy Orrell, Seth Warf, serviceman (now retired) and Tara Groce, a member service representative at the time. Knowing the seriousness of the situation and hearing that Groce was scared of the dark, the late John Moses, a Marshall County DREMC board member, volunteered to stay at the office with her while she continued to answer outage calls.

“The office had opened initially to accept payments and assist members with service requests,” recalls Orrell. “We did not yet have linemen stationed at this location, so crews from neighboring Middle Tennessee Electric and crews from an electrical contractor aided with repairing damaged power lines and restoring electricity here, while DREMC’s crews were working in other hard-hit parts of the service area.”

Orrell has worked at DREMC for 34 years. He began his career through a high school co-op program. While still in school, he mowed the DREMC facility grounds and assisted in other areas as needed. When the opportunity came to apply for a full-time job at Duck River in 1987, he began working as an apprentice lineman in the Shelbyville district. In addition to his many years of lineman experience, Orrell also worked two years as DREMC’s safety coordinator before becoming Chapel Hill’s area manager in 2015.

In late 2021, Orrell announced his plans to retire from DREMC, which become effective at the end of this month. His years of experience and service to DREMC’s membership are greatly appreciated, and although he leaves big shoes to fill, his successor Bryan Seals brings similar experience and leadership to the Chapel Hill district.

Seals, like Orrell, has a solid knowledge of electric construction and maintenance. Seals had worked 12 years with an electrical contractor when he joined DREMC’s Lewisburg crew in Jan. 2006. “I’ve worked the construction side of the electric business for many years,” he says, “and I am now excited about the new challenges and opportunities of working on a different level to support the Chapel Hill team.”

Chapel Hill is home of the Forrest High School Rockets, and also ‘rocketing’ in this area is residential growth. In recent years, Chapel Hill has experienced residential development like never before. At the time of this publication, construction of five large subdivisions was underway bringing hundreds of new homes to the community.

“Many who move to this area are coming from large cities and some from out West,” says Chad Gilliam, a Chapel Hill native and DREMC field engineer who meets with homebuilders to plan new electrical construction.

“People say they’re looking for a lower cost of living, a slower pace and a better way of life.” Chapel Hill provides the seclusion of a small town with convenient proximity to major cities like Murfreesboro and Franklin.

“I love meeting with those who are moving to this area,” says Gilliam. “I enjoy being one of the first people they meet when building a new home and helping to make it an easy process and positive experience while representing Duck River.”

Senior Lineman Joel Doak has been with DREMC for 10 years and shares that he waited several years for an opportunity to work at the cooperative. When asked what he enjoys most about his job, Doak says, “I love it all! I really like working outdoors and the challenge of working in the dark to find the problems that cause outages. It’s a rewarding feeling when we get the lights back on. I can’t imagine doing anything else.”

“After finishing high school, my father asked if I wanted to try linework, and so I did and never left it,” says Jeremy Williams, a lineman for DREMC for three years with previous lineman experience with an electric contractor. Williams shares that his brother is a lineman in Mississippi, and his father recently retired after working as a lineman for other Tennessee power companies.

Taylor Gentry also grew up in Chapel Hill and has worked as a DREMC lineman for eight years. “It’s dangerous work,” he shares, “and you’re in a different location every day. But when you look back at the work you’ve done, you realize what an impact of bringing electricity to the community has.”

Lineman Landon Clark has been with DREMC for seven years and says that linework is hard work sometimes, and although it’s dangerous, the adrenaline rush during outages makes the work exciting. “When working during the ice storm with trees breaking all around you, the dangers of the job become very real,” he recalls.

Shelia Vernon, member service representative, maintains smooth operation of Chapel Hill’s front office. She assists members with payments, service applications and electrical permits. “We have a family atmosphere here,” she says, “and this is the best job I’ve ever had. The members in Chapel Hill care for each other, and we are here to help them however we can.”

Although he’s still learning the ropes, newcomer Blake Rose, apprentice lineman, says he loves living in Chapel Hill. Rose is originally from Dyersburg, TN, and spent seven years in the 1st Ranger Battalion based in Savannah, GA. After completing lineman training in Georgia and applying for a position at Duck River, he says that he’s proud to be living in ‘small town Tennessee.”

Living and working in a small town like Chapel Hill certainly has its perks. It’s a place where local officials still close the main road for a couple of hours to showcase the high school homecoming parade, a long-standing tradition for the community. It’s also a place where new home construction continues to see unprecedented growth. As a community partner, the DREMC Chapel Hill team is happy to support ‘small town Tennessee’ and provide safe, reliable electric service at the most affordable cost to the members it serves, now and in the years to come. 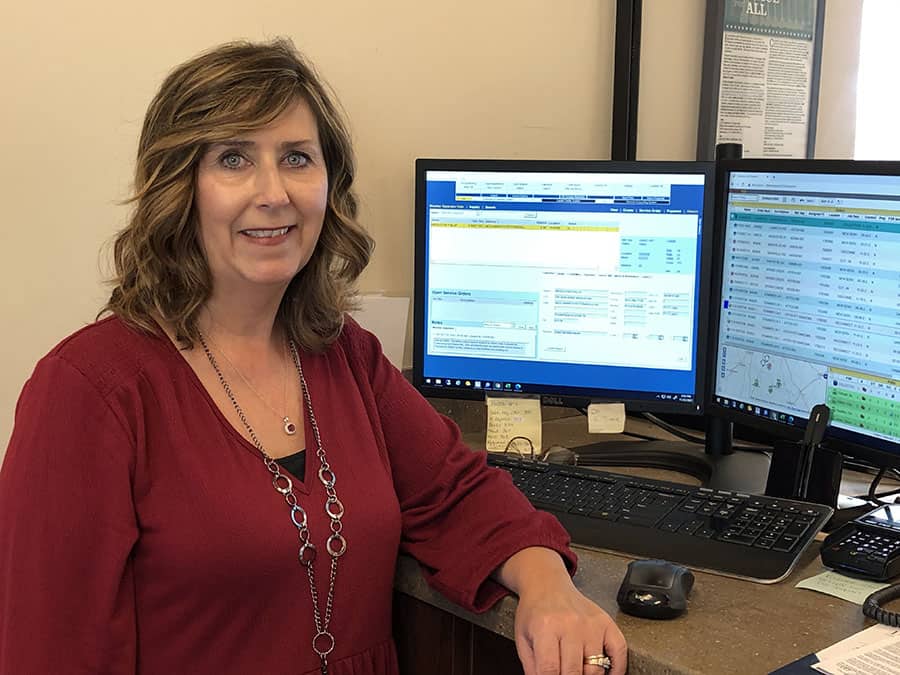 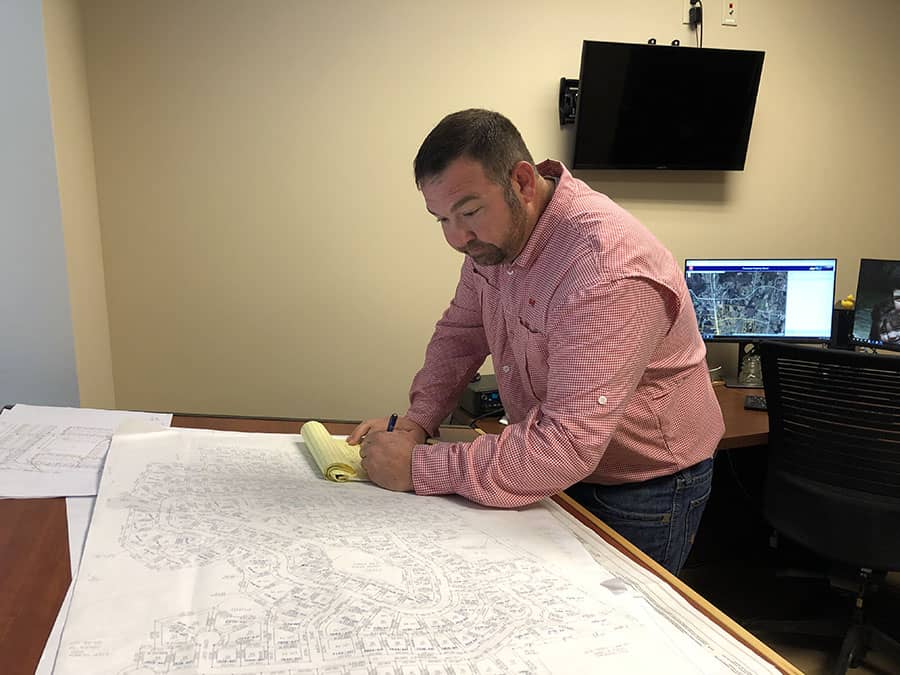 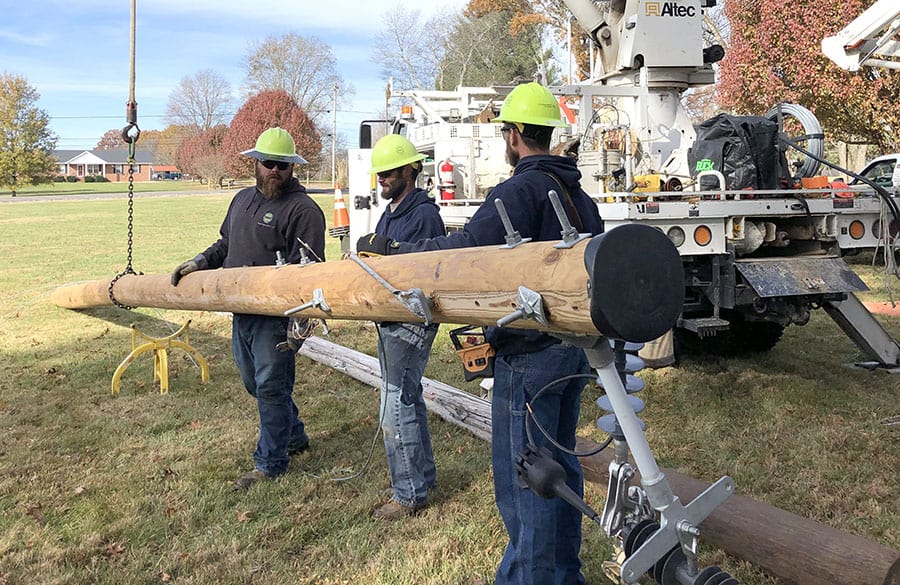 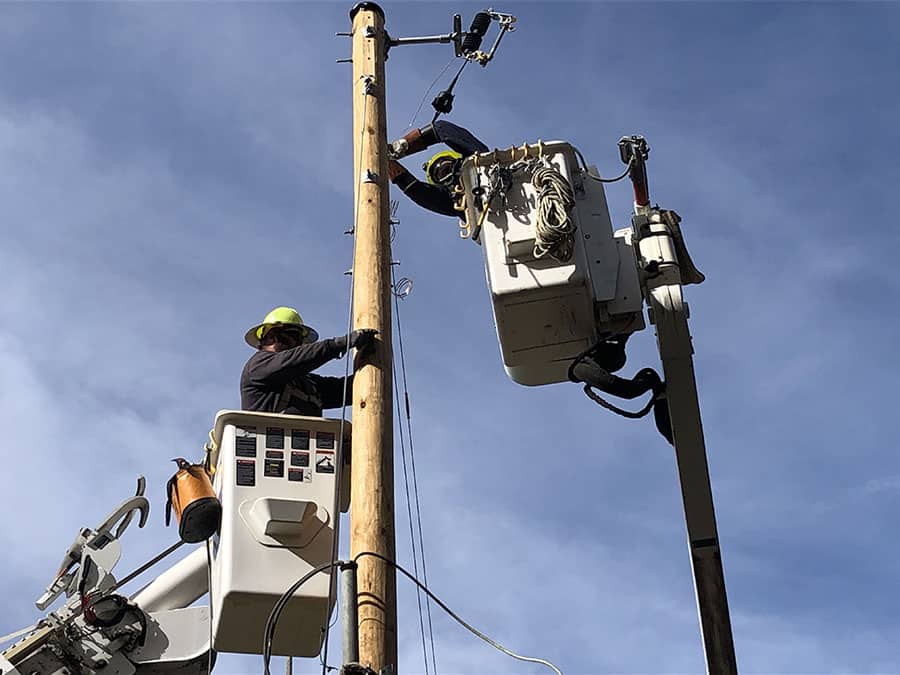 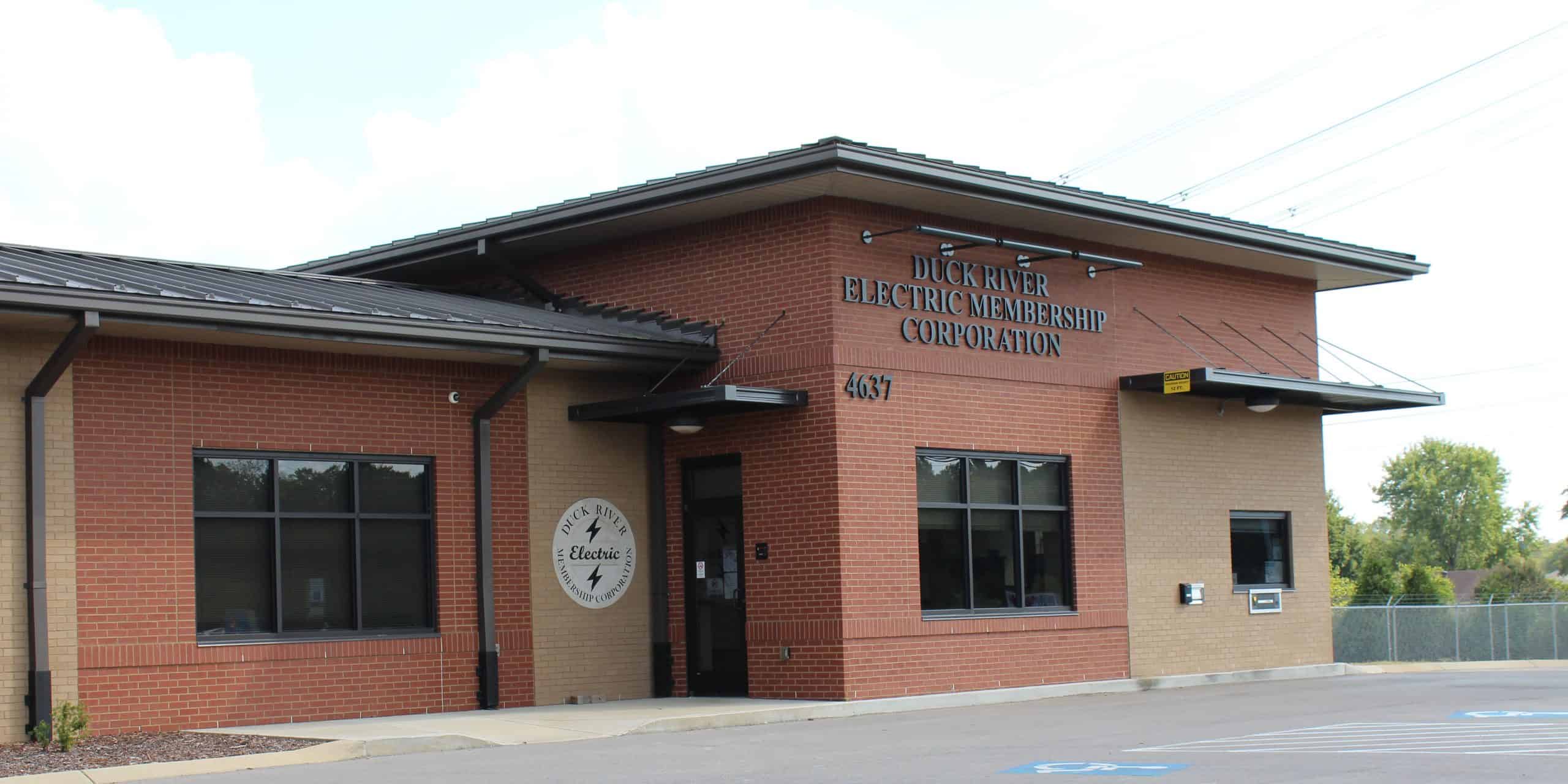