Our Mission and Who We Are

“The cooperative exists to deliver reliable electricity at the lowest possible cost, to promote economic development and to enhance the quality of life for its members.”

Our cooperative was democratically founded in 1936 by a group of community-focused citizens with the goal of providing central station electric power to rural areas that previously were un-served. Investor owned utilities felt the population density was too low and there was not enough money to be made. Today, Duck River Electric is still owned by the members it serves and has grown to be the fourth largest electric cooperative in Tennessee, and among the top five percent in the entire United States. Since 1936, our members have been lighting the way. Those first rural lights came on because DREMC founders created an organization that delivered on its promises and would last.

Everyone in the DREMC service area is welcome to join the cooperative and is entitled to electric service. The $10 membership fee that was considered costly in the 1930s is still just $10 today. DREMC remains under the control of the membership. This control gives all members an equal vote at the Annual Meeting and entrusts them to have a say in running their electric cooperative through the election of the DREMC board. 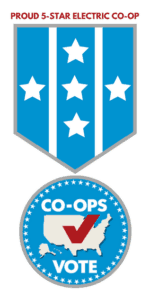 Duck River Electric Membership Corporation exists to deliver reliable electricity at the lowest possible cost, to promote economic development and to enhance the quality of life for our members.